Pu'u Hapapa is turning out to be one of my favorite hikes on the island. The route is short and rewarding, with a bit of danger thrown in to spice it up. I completed this similar loop on my 25th birthday in October 2008. Hikers usually reach the peak of Hapapa and come back down the same way they came up, but there are multiple routes that can be taken to reach the 2,883 foot peak.

In 2008, my friends and I ascended a short, steep ridge that eventually meets up with the main ridge to be followed to Hapapa. This time around Mark, Alison, and I accidentally found the ridge that the Hawaiian Trail and Mountain Club use, so we ascended that instead; this ridge also meets up with the main ridge. The club route is well marked and very easy to follow. From what I remember, the ridge I did in '08 was a bit more taxing and vegatated; I highly recommend taking the club route.

The exposure along parts of the main ridge is nothing to fret about. With considerable drops on the southeast side of the ridge, the trail stays true to the ridge crest, making for a safe trek to the mountain peak. To make the trail a loop we headed down a spur ridge descending north, eventually bottoming out at the Hono'uli'uli Contour Trail.

The spur ridge has two sizeable notches, the second being the largest. There are no trees or ropes to hold onto for security on these massive drops, but there are a lot of spots to place your hands and feet on the way down. For some reason, the last time I encountered the ridge and its notches I thought it to be the most gnarliest of ridges. I now admit that this spur ridge is not at all dangerous unless you take your time. A slip could prove deadly, but this ridge is nothing to bark about. Nonetheless, ropes would be very handy at the notches, and we actually had some, but we decided not to install any, for there was nothing to anchor the ropes to: not one single tree. If we had had metal stakes or pegs, we could have hammered those into each notch and anchored the rope. For those willing to ascend the spur ridge, ropes would be doubly useful if it were in place.

Breezy tradewinds and clear skies on our recent outing made our recent trek to Hapapa a memorable one. I will definitely be back to do the loop again. I spotted another ridge that shoots directly toward the summit of Hapapa. It looks steep, but very doable. I'll have to explore that in another outing. The total distance of the loop hike can't be more than five miles. I'm pretty sure the trail can be done in three hours; this outing took us a little over four hours because of the long break we took at the top eating our MRE's. (Quick side note: the MRE containing refried beans with a side packet of picante sauce is the best tasting MRE on the planet.) I'm debating on where next weekend's hike will be. It will either be Bowman Shortcut or Malaekahana. We'll see. Summer is upon us; let the hiking begin. 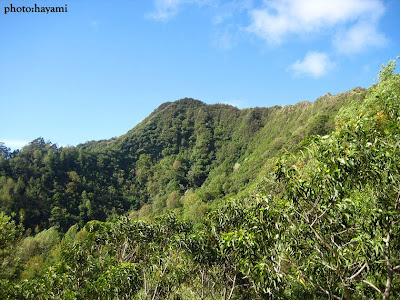 The view of Pu'u Hapapa from the ridge.  (photo: A. Hayami) 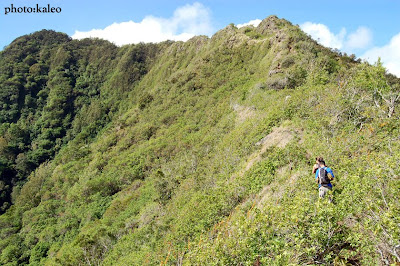 On the main ridge. 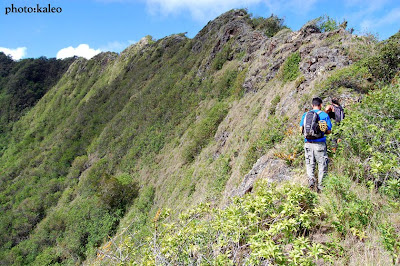 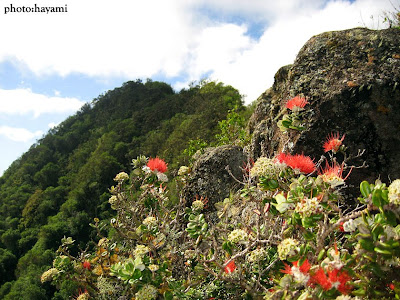 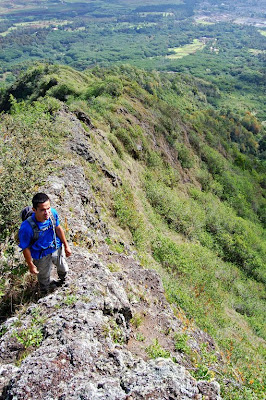 Mark on an exposed section along the ridge. 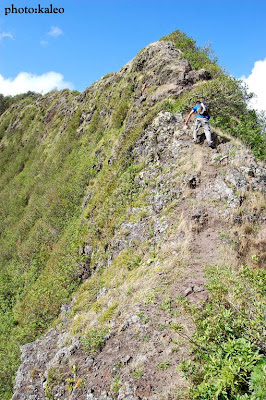 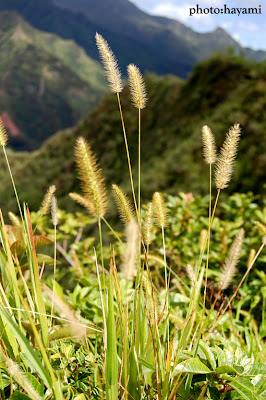 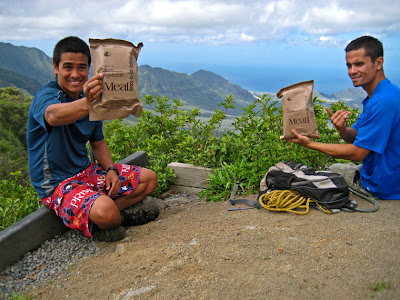 Ready to eat our MRE's at the top of Hapapa. 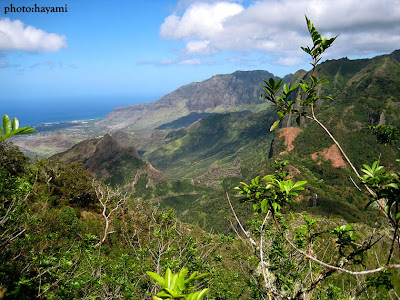 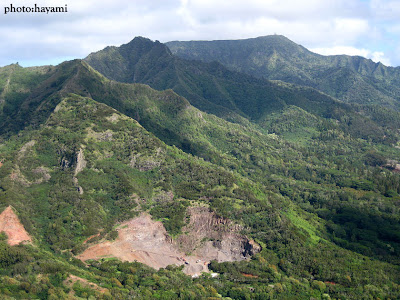 Looking towards the peaks of Pu'u Kalena and Mount Ka'ala.  Notice the small rock quarry near the bottom of the image.  I hope the Kalena trail doesn't fall victim to the rock work.  (photo: A. Hayami) 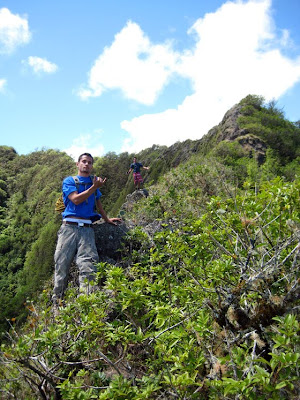 Coming back down the main ridge.  (photo: A. Hayami) 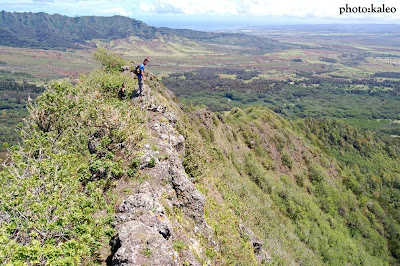 One of the more narrower sections along the main ridge. 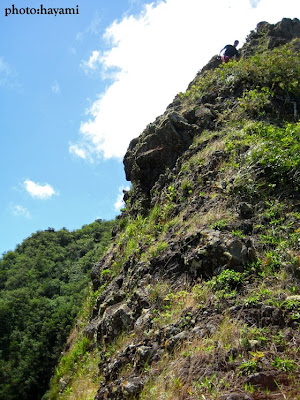 Here I am at the edge of a section along the spur ridge.  (photo: A. Hayami) 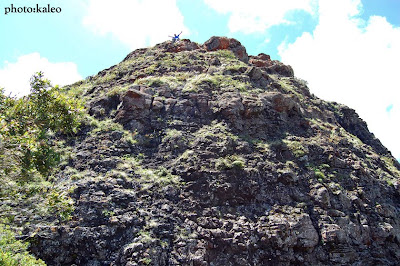 There's Mark at the top of the 2nd notch. 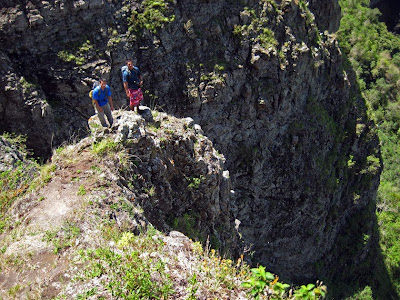 Me and Mark on a ledge just after descending the 2nd notch.  (photo: A. Hayami) 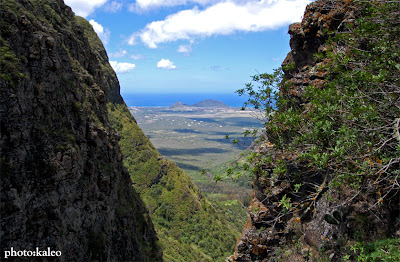 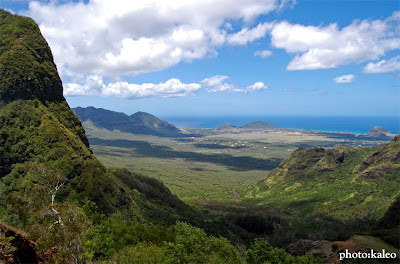 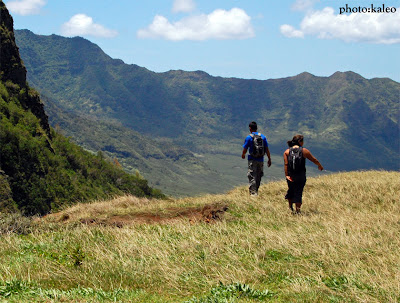 I gotta try this hike! Ho that pic of you and Mark at the ledge is mean.

What do you mean by Bowman shortcut? Are you talking about from Lanihuli?

Small kine late on this. But, I'd also like to know what you meant by Bowman Shortcut. I'm assuming you don't mean from Lanihuli because that Kalihi Valley saddle just looks flat out nuts.

If there's something that makes Bowman shorter, I'm all for it. Last time I did that hike, I couldn't walk for a week.

My friends and I tried to do this hike today but were foiled by live fire exercises. Is there a way to find out when these exercises are scheduled?