The phrase says it all.  Bolohead Ridge is definitely not the preferred route to the top of Mount Ka'ala.  In fact, it shouldn't even be a route.  But I've been to the top of Ka'ala way to many times to not notice "that ridge" that sits to south of the main Waianae-Ka'ala trail.  I think that what we hiked on only goats walk on.  There wasn't a single proof of evidence that someone had been there before on our top-down approach: no ribbons, no rubbish, no old ropes.  From a distance the ridge has rock features that look unclimbable and skinny dikes that rival some of most narrowest ridges on the island.  It could very well be the most dangerous, alternate route to the top of Oahu's highest mountain peak.  And we touched almost every inch of it.

Hiking up to Mount Ka'ala from Waianae Valley is a spectacular day hike. There are other ways to get to the top of Ka'ala, but those routes are difficult to access, overgrown, or both.  The most direct way is to hike up the Waianae-Ka'ala trail.  The trail is beautiful: you start in the lush expanse of Waianae Valley and climb a steep spur ridge to the top of Ka'ala.  There's another spur ridge that parallels the Waianae-Ka'ala trail.  It's called Bolohead Ridge, and it was named by Steve Rohrmayer because of a ridge feature that looks like the face of a man with a bald head.  It's an intimidating feature, and it actually resembles a large gear cog.  Each side of the cog is steep, with massive drops on either side.  There are also other obstacles along the ridge that need to be negotiated, but the cog feature is the most difficult.  In recent memory, no one has completed the ascent or descent of Bolohead Ridge.

The following pictures and video edit was compiled over three separate days.  All days were equally exciting, with the third day being the only approach from the top-down.  The hike from the top-down is surprisingly easy going, but finding it is a chore because navigating through the Ka'ala bog is a bitch.  Going top-down is steep, but absolutely breathtaking.  There is a long stretch of exposure along a wide open ridge that is littered with goat trails until a point where the ridge gets dangerously steep and narrow near the Bolohead feature.  From the bottom-up approach, the ridge is just as breathtaking.  At a certain point, the ridge narrows to about a foot wide just before a large, near-vertical rock face that has to be climbed to get to the the Bolohead ridge feature.  Both sides of this ridge feature are extremely steep.  The side facing the ocean is a sketchy scramble over loose dirt, grass, and rotten rock.  Climbing up is not recommended; roping from the top-down increases the odds but not by much.  The Ka'ala facing side of the ridge feature is entirely exposed and mind-boggling narrow.  Like the other side, the rock is crumbly, if not worse.  The top of the Bolohead feature is heavily vegetated, probably harboring great anchors for rope.

The only other people I know that attempted this trail was Dayle Turner and Steve Rohmayer.  They turned around at a certain point when they did not like what they saw ahead.  I'm pretty sure we went a bit further, but now I know why they turned around.  Bolohead is not a trail.  It's definitely not for beginners looking for a good thrill, either.  It's just plain stupid once you hit the massive obstacles that stand in the way.  In its true form, Bolohead Ridge is just another goat trail. 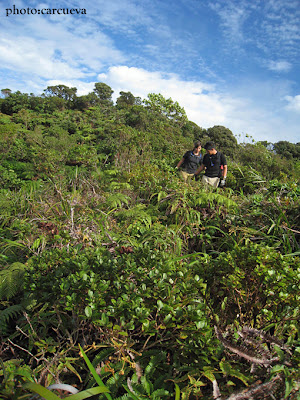 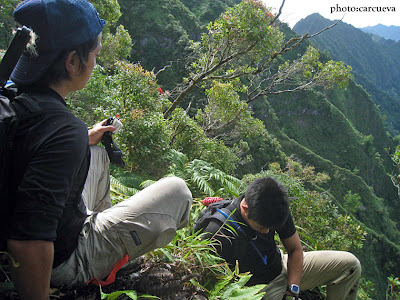 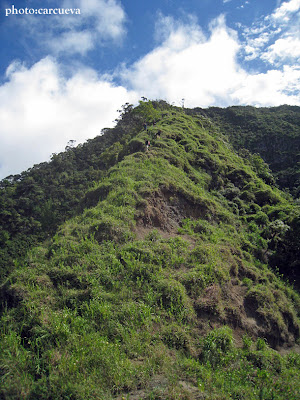 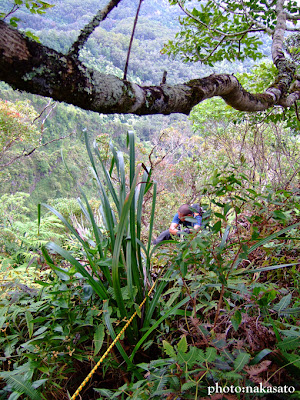 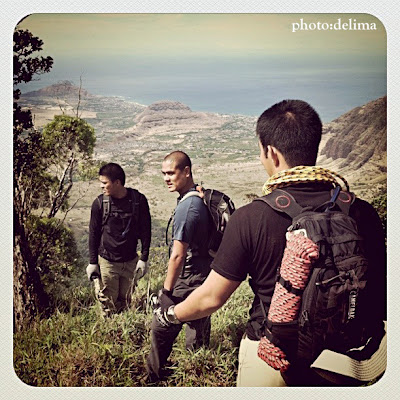 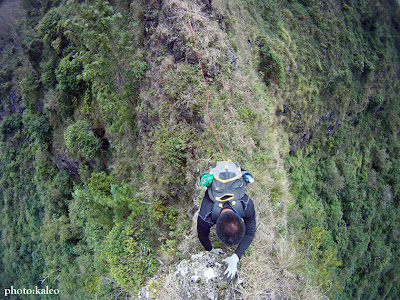 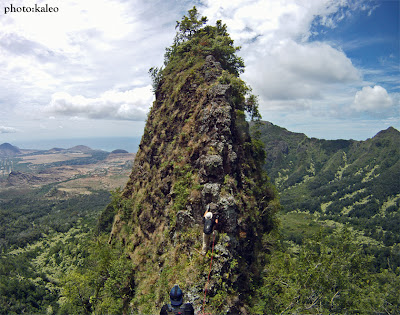 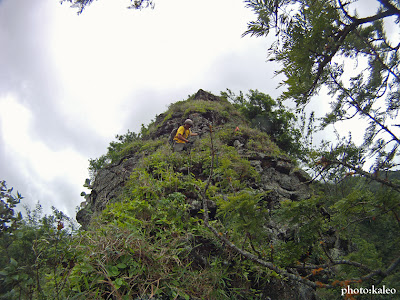 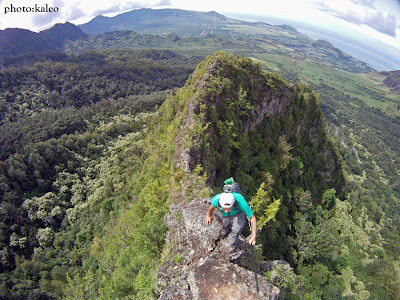 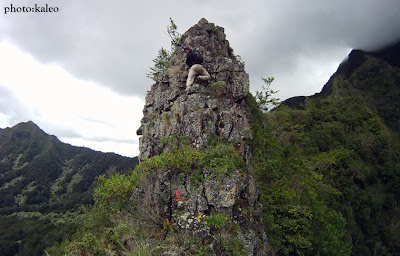 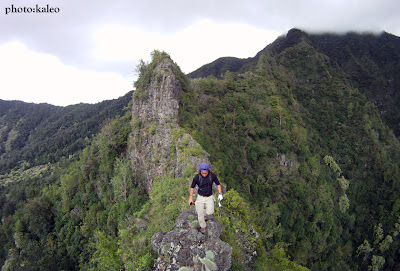 Craziness! Glad that you do it. Wish I could. Please keep telling people they need to know what they're doing before trying. Thanks for sharing ; )

if we install rope and turn around, we take it off. if we install rope, and don't come back to it that day, we leave it, come back another day, and take off the rope. reason being, if anyone else uses the rope we anchor and falls, it would kinda suck to know that it was the rope you installed that killed someone or got the person injured. everyone has their own views on leave no trace. there's a thin line when it comes to rope. i don't mind people leaving rope. it helps out in the worst spots. i think leave no trace refers to being a litterbug, cause when i see trash on the trail, that irritates the hell out of me.

I'm afraid of heights and the video clips from the go pro reassured me of that! Haha, extreme hiking great video. I don't the kine you guys hike but I see the same trash, burns me up. Sometimes my backpack comes out with more stuff that I brought in because gotta malama. aloha

Ho shit. Watching that video has effectively killed my dream of hiking all the trails on the island. Good work Kaleo, you crazy, you.