I completed the Koko Crater hike by myself today. Most people take the stairs to the top; I opted for the ridge. The main ridge hike starts off of the road near the Blowhole. The climb to the crater rim can be done from any ridge along the mountain. I found one ridge that was steeper than the one that hikers use all the time. That ridge got the best of me and I ate shit coming down when I knew I was on a less traveled path. I got a pretty nice gash on my left leg, but nothing major. It just sucked because I just started the hike and got injured. The hike is very dry, and the initial climb is pretty steep. It was a beautiful day, and luckily, the tradewinds were howling; if there was no wind, this hike would have been hell. When I reached the crater rim the remaining portion of the hike was surprisingly narrow and rugged. The views from the top were better than I had expected, considering the two mile round-trip. From the top you can see directly into the crater, with Makapu'u Point in the distance, and views of Hawaii Kai, Hanauma Bay, and Portlock to the south. 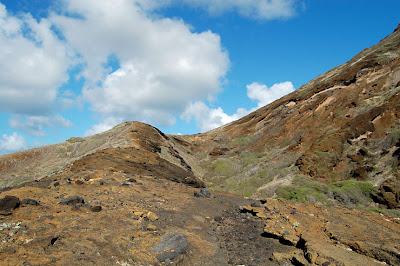 Here's the ridge. It eventually swings right and continues with a stiff climb to the crater rim. 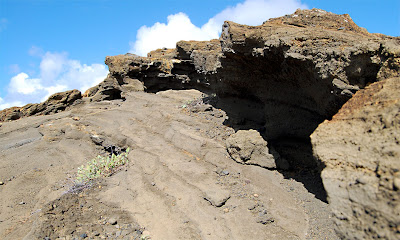 It would be so cool if this picture was of a real mountain. It looks big, but it's actually a rock formation that's about one foot high. 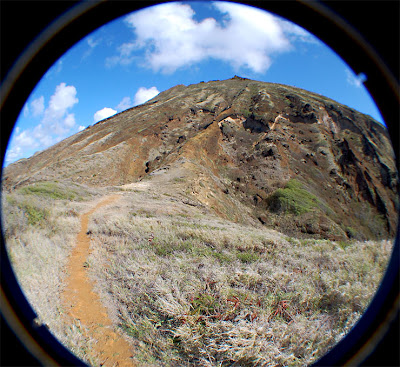 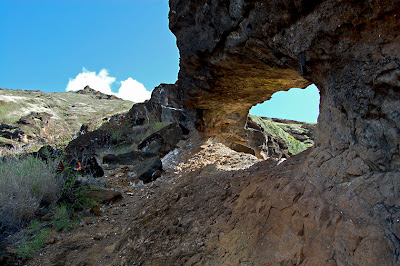 Cool rock formation. The trail is on top of this arch. 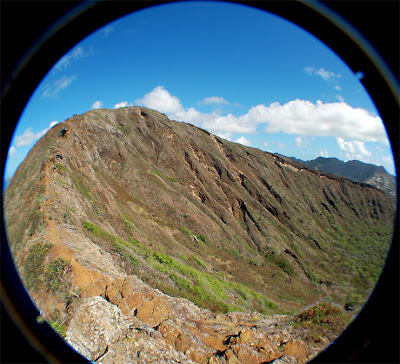 The crater ridgeline to the top. 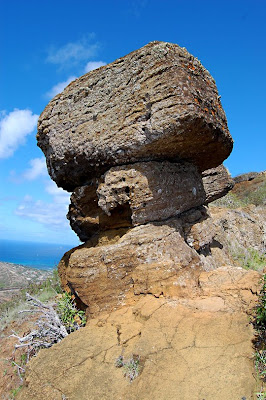 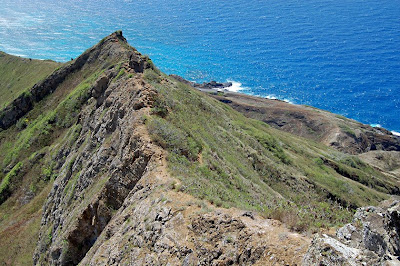 This hike was suprisingly narrow on some sections. 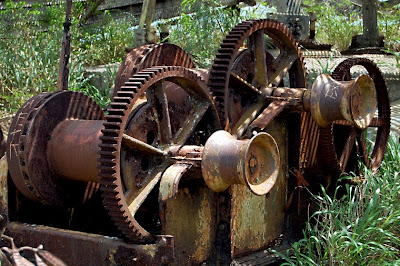 Old-school winch at the apex of the crater. 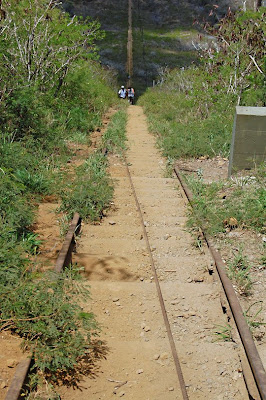 The stairs. Kind of boring if you ask me, but a lot of people were on it. 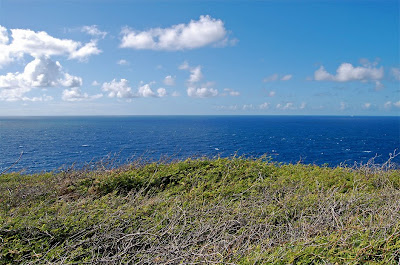 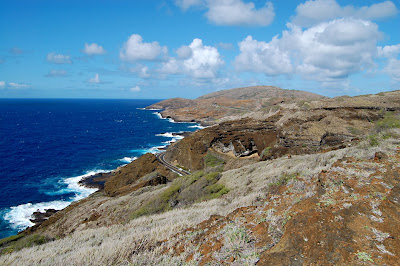 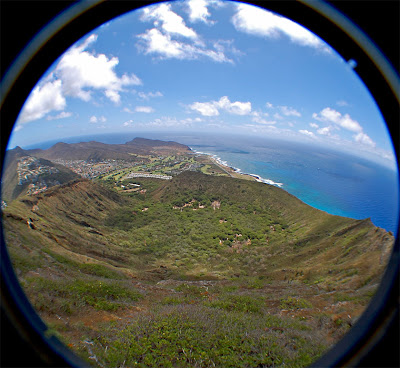 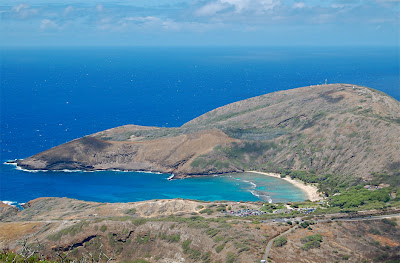 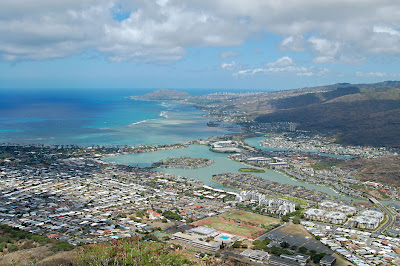 Can you go up the Krater trail and down the stairs?