With the painful memory of Pu'u Keahi a Kahoe behind me, I decided to go for a relatively easy hike to the top of Hawaii Loa Ridge. Chase, Kaleo, and Kapono would agree that it was fun hike, but it would've been better if the top wasn't completely socked in. It was also raining on the way up and on the way down, making the going extremely slippery and muddy. The trail is easy in the beginning. I counted around five climbs, with the last being the steepest, and Kaleo said that he wished he had a slinky. The last steep section is eroded and rutted on some parts. There's ropes and stairs for the steepest sections. We reached the summit around 10:30am. It was freezing, like a natural air conditioner, and there was no view of the windward side at all because of the cloud cover. We ate our lunch and saw a peak to the left that wasn't so far away along the summit ridge. We decided to trek to it. The trail to the peak was extremely overgrown. We reached the unnamed peak's summit and immediately turned back because the wind started to pick up and it started to rain. I'll probably never do this hike again, unless I know for sure that it's going to be free of clouds at the top. 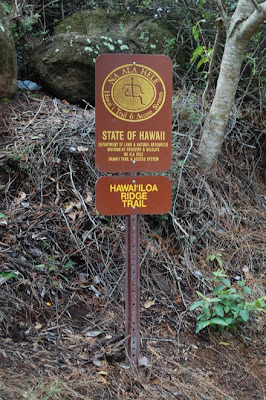 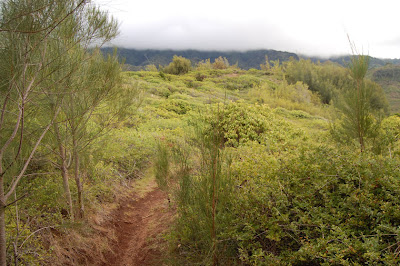 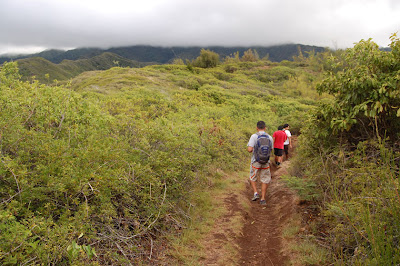 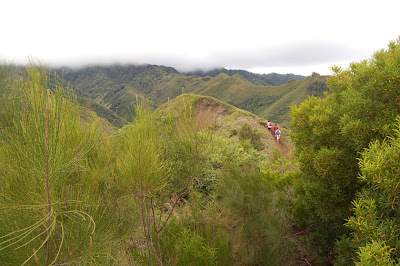 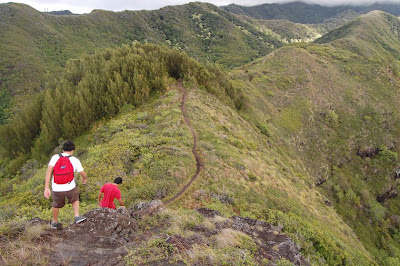 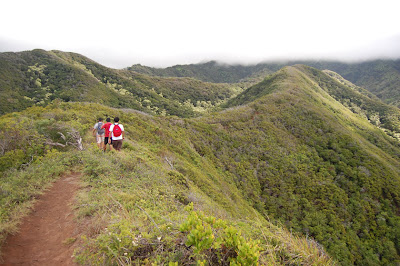 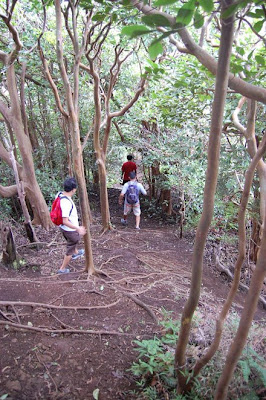 Big hill we had to descend. We had to come back up this hill on the way back. 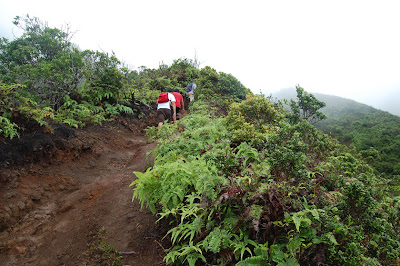 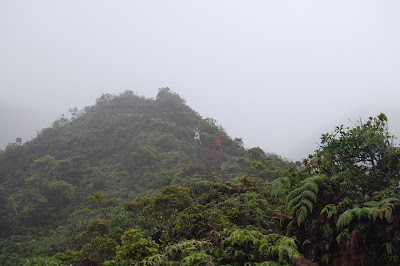 Chase and Kaleo were leaving Kapono and I in the dust. 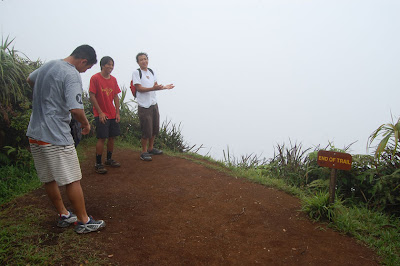 End of the trail. No view. Completely socked in. 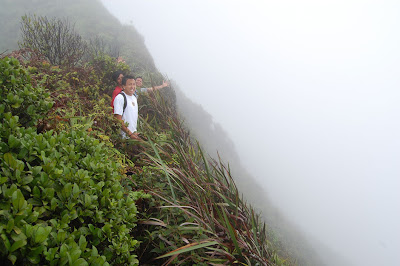 Photo of Kapono, Kaleo, and Chase along the summit ridge to the unnamed peak.