Pauao Ridge is one hell of hike. Finding the trail was a hell of a task as well. In fact, Kulani and I got lost within the first half-hour. We ended up taking a sheltered trail that led to Kahana Valley's Nakoa Trail. After retracing our steps we finally found a faint trail leading up the side of Pauao Ridge.

From the beginning we were waist high in vegetation, most of the vegetation being uluhe ferns. The trail to gain the ridge was super steep, and its overgrown nature did not help at all. After a little over half an hour of climbing we finally reached the ridgeline. We rested at an open, empty spot with remnants of an old tarp that was probably used for camping. After a handful of beef jerky and trail mix, we headed onward.

I had thought that once we reached the top of Pauao Ridge the trail would be more defined. I was wrong. It was obvious that Pauao Ridge is rarely ever hiked. The trail was ridiculously overgrown, and I don't even know why we went as far as we did. The Ko'olau Summit didn't look far at all, but at the rate we were going there was no way we would have made it out before dark. At a certain point in the trail we just turned around. The trail seemed to disappear all together at our turnaround point, and further advancement seemed impossible.

Although we didn't make the full trip to the summit, we still had great views of Kahana Valley and Punalu'u Valley. I may do this trail again, only if I have a large crew armed with machetes. Pauao Ridge is in dire need of clearing. 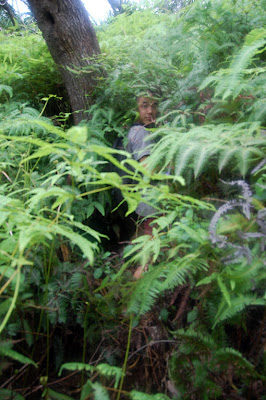 Head high in vegetation, and this was just the beginning of the hike. 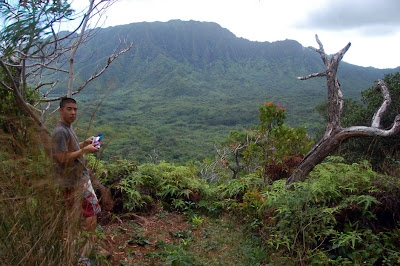 Finally at the top of the ridgeline. This bare spot was used as a camp ground by other past hikers. 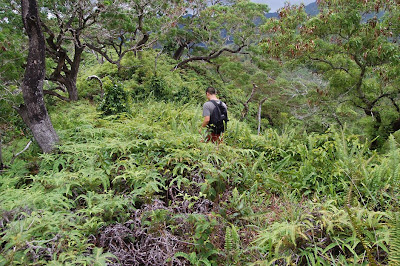 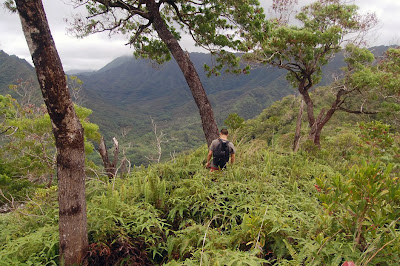 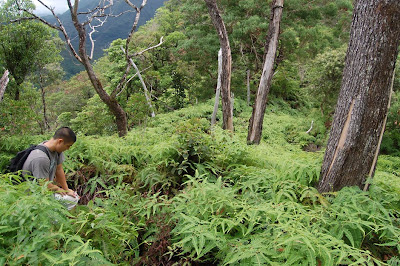 And this is where we decided to turn around. Beyond this point the trail just disappeared. 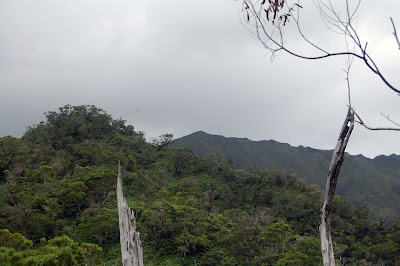 The pointed peak (Pu'u Pauao, elevation: ~2,800 feet) in the distance was our destination, but the trail was extremely overgrown. 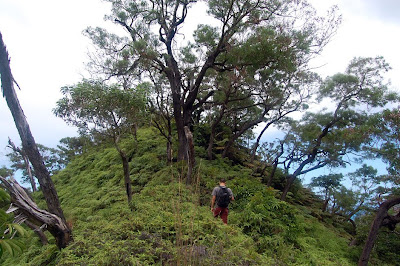 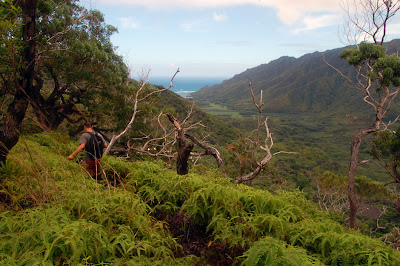 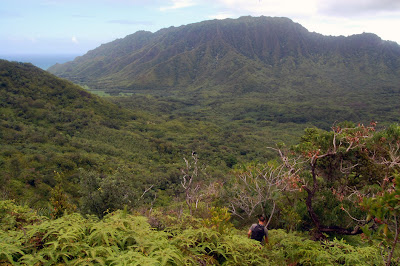 Down the steep, overgrown hill. 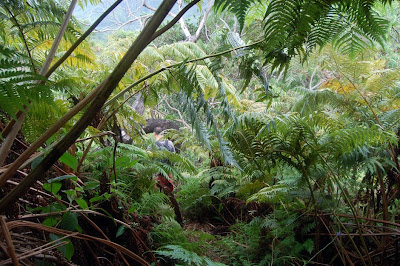 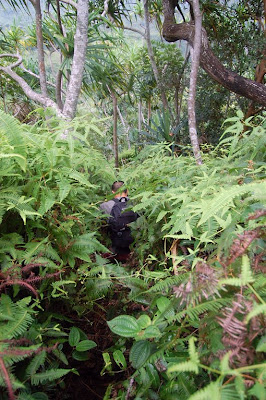 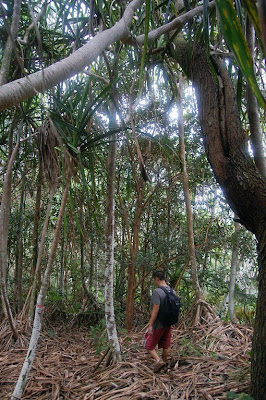 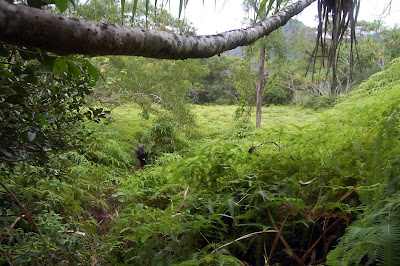 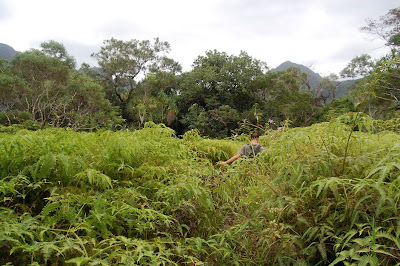 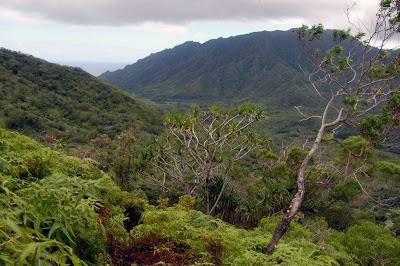 Deep view into Kahana Valley, with the pointed peak of Pu'u Ohulehule looming in the distance. 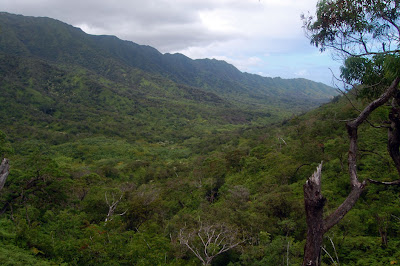 Don't feel bad about turning around, that ridge hasn't been cleared in years. Even when it's clear it's very tough and makes for a long day. Check the HTMC website to see which trails have been cleared and when. If you haven't been there you need to check out the Palolo valley trail and climb the waterfalls.