I never realized until this past weekend how beautiful Maui is. The island has wide amount of areas that are largely undeveloped, unlike Oahu, where everywhere you turn there's a subdivision to the left and right of a ridge. Upon arriving in Kahului, I could see that the western portion of the island harbored mountains that dwarf those here on Oahu, with an endless amount of ridges to boot. But would those ridges have trails? I had no idea.

Instead of finding an exhilirating ridge (I wouldn't want to meet my doom on an outer island), I opted to hike Waihe'e Ridge, which is located in the west Maui mountains. The trail starts off on a cement road, eventually heading into a lush forest filled with Cook pines, ohi'a, and guava trees. The trail (state owned and maintained) was in very good shape, and a lot of people were on the trail as well.

The view of Makamaka’ole Falls to the right side of the ridge was beautiful. I found out later that you can actually hike to the multi-tiered waterfall on a trail called Thirteen Crossings. To the right of the ridge was an amazing view of Waihe'e Valley, another doable hike. The stream in the valley was in full force, and a large waterfall feeding the stream in the back of the valley could barely be seen.

Mile markers indicated progress along the ridge. After the first mile, the trail became extremely muddy and wet, and it's probably been the muddiest trail I've hiked so far. The trail eventually switchbacks uphill to a peak named Lani'ili, elevated 2,563 feet above sea level. The peak was completely shrouded in clouds, and I didn't spend much time at the top because the rain came, and I didn't feel like stuffing a soggy backpack and wet clothes into my suitcase.

The hike totaled five miles, and it took me a little under three hours to complete it. It's not hard at all, and there aren't any steep sections, but the muddiness doesn't ease up past the first mile marker. All in all, the gradual ascent gave me a nice workout with unreal views. There are a lot more hikes on Maui; there are loads of waterfall hikes I've heard about, especially in Hana. I'll probably make it a point to hike the island for a full week next time. That should be enough time to take in what Maui hikes really have to offer. 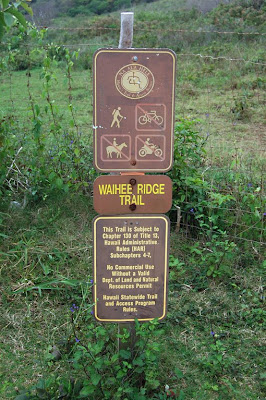 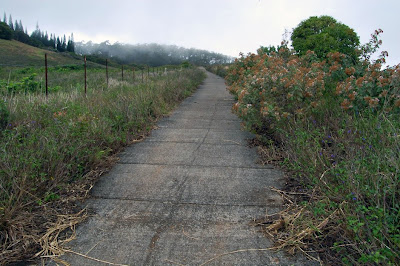 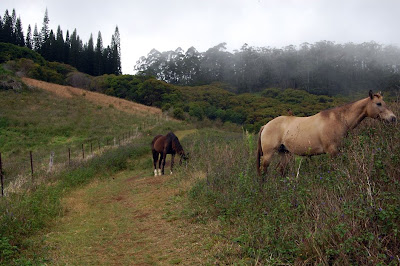 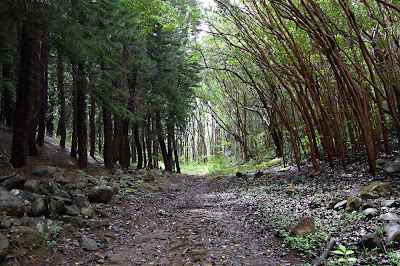 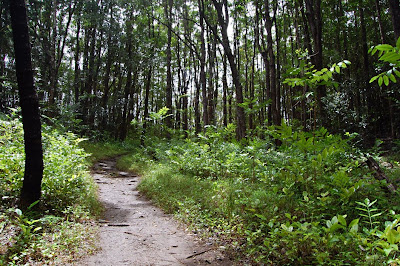 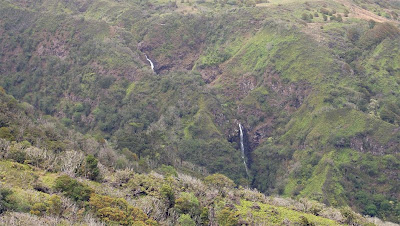 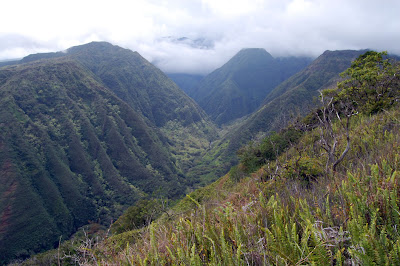 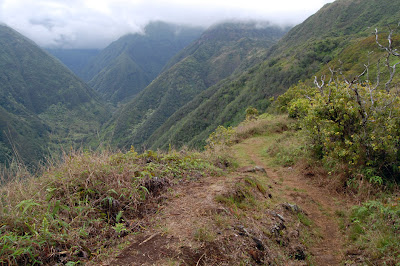 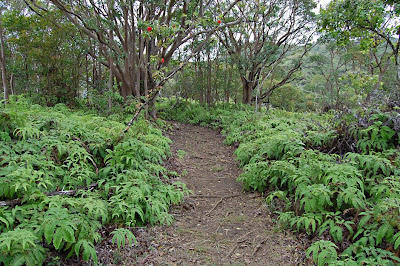 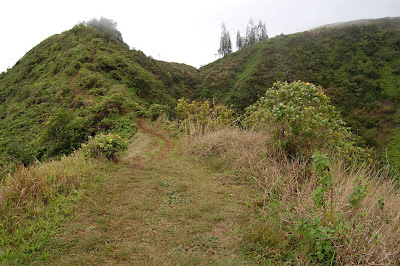 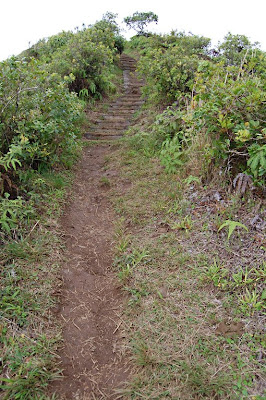 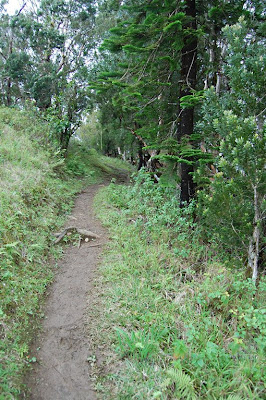 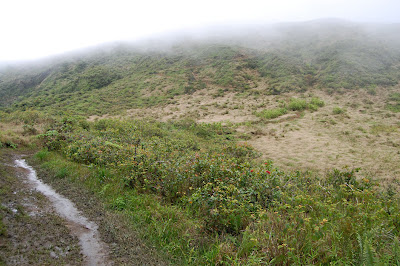 Last portion of the hike. The trail switchbacks up this hill to the peak of Lani'ili. 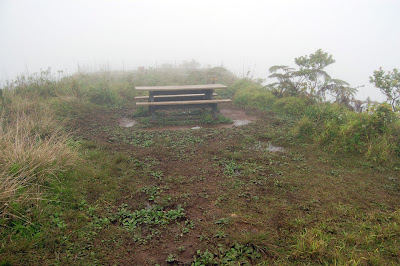 And here's the end of the hike. A picnic in the mud.