A week's passed since I went on a four day hiking binge. My muscles are healed now, so I decided to do a short, easy hike that I've been wanting to check out for a while. The trail is called Aiea Loop Bisectional, a three-mile novice loop at the top of Aiea Heights Drive. After walking about twenty minutes on the Aiea Loop Trail (counterclockwise), you'll reach an indistinct junction to the right. A good landmark is the first bench. Just after the bench, look for an obvious clearing to the right. The trail heads makai (seaward).

I thought the Aiea Loop Bisectional Trail was going to be extremely boring, but it's actually nice, especially at the streambed. Aside from the powerlines that have to be passed, the trail is obviously less used than the Aiea Loop freeway. The trail descends on top of the crest of a wide ridge to Aiea Stream. From the junction off of the Aiea Loop Trail, it took me about an hour to reach the stream. From there, the trail follows downstream (makai) on the right side in very overgrown conditions. The trail is there, but it is overgrown. The smell of ginger at the streambed surrounds the entire area.

For the most part, the trail truly tests one's hiking judgement. Ribbons exist along the ridge and the stream, but the trail at the streambed is very indistinct. Although short, the trail can get confusing. Just follow the ridge, look for ribbons, and when at the streambed, follow it downstream. Following the stream makai will eventually meet up with the last portion of the Aiea Loop Trail. Turning right along the trail will bring you back to the parking lot. 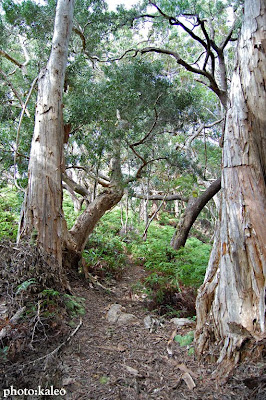 Beginning of the bisectional trail. 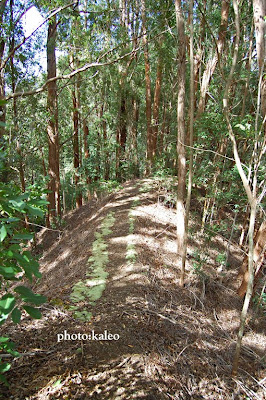 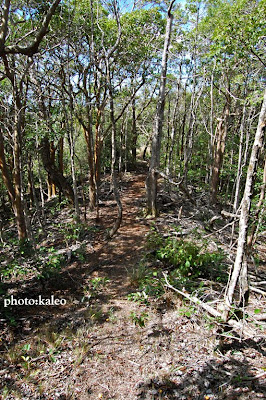 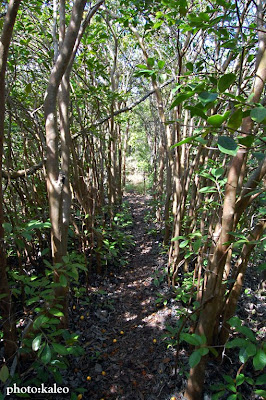 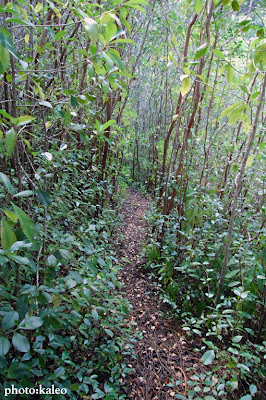 Heading down to Aiea Stream. 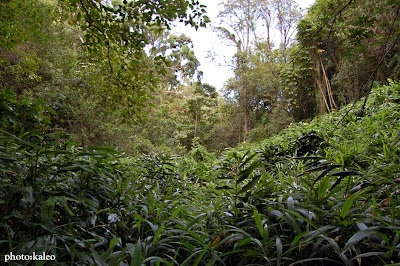 At the bottom near the stream. The trail is in there somewhere.

did you guys find the waterfall? If not I can take you there one day