Wow. Kaunala was my fourth consecutive hike for this last week of July, and boy, what was I thinking. My legs feel stiff as hell, and my rear hurts. It hurts so bad that it feels as if the ache is not going to go away. We'll see though. I'm hiking this Sunday, rain or shine, pain or no pain.

I had intended to hike Kawa'ewa'e in Kaneohe, but a road closure just before Laie hindered our progress to reach Kaneohe from the North Shore side. I was going to go ahead and drive all the way around the island the other way, but Kulani, Kelven, and I decided to do a hike closer to where we were. The Kaunala loop trail in Pupukea Heights on the North Shore always sparked my curiousity, so we decided to try out that trail instead.

No offense to those who like Kaunala, but there really is nothing to say about the trail. It was boring, and the views weren't that spectacular; in addition, the second half of the hike is on a long and steep dirt road. I loathe dirt roads; therefore, I despise this hike. I probably will never set foot on it again. Kelven and Kulani would agree. 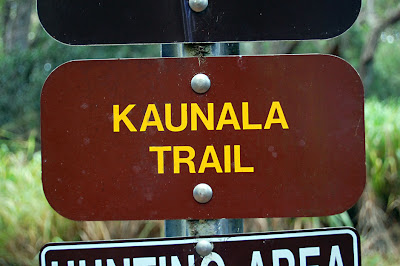 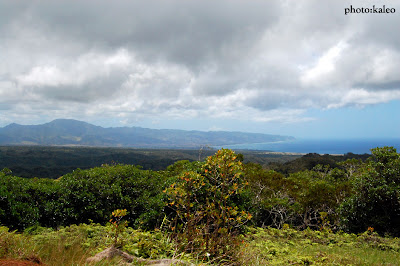