I did the Schofield-Waikane trail in July 2009 and found a distinct trail on the left about ten minutes from the trailhead. This junction intrigued me as to where the trail would lead to. After some internet research, I found out that the junction led to the north fork of Kaukonahua Stream. At 33 miles, Kaukonahua is the longest stream on the island of Oahu, emptying out into Kai'aka Bay in Waialua on the North Shore.

Mark and Manolo decided to join me on somewhat of an exploration hike, for I had no idea what to expect once we reached the stream. An hour of walking on the dirt road to the Schofield-Waikane trailhead was a boring jaunt, but the weather was perfect: breezy tradewinds, cloud cover, and occasional light rains. Once at the trailhead, we commenced our ten minute stroll along the Schofield-Waikane trail. Ten minutes lapsed and we finally reached the junction that would lead us down to Kaukonahua Stream.

The trail descending to the stream was in very good shape. I suppose it is used often by pig hunters. The trail was a bit rough in spots, but there were lots of trees to hold on to for support. Views toward the summit and toward the Waianae Mountain Range were incredible. The vast undeveloped valleys were lush and void of anything man-made.

We finally reached the stream after about a 45 minute descent. I couldn't believe how many swimming holes there were. Every view at different points along the stream had a swimming hole, some deep enough to even jump in from higher ground. We passed a couple tunnels as we paralleled the stream to the right. The trail, still in good shape, kept going upstream, but after a good hour from the Schofield-Waikane trail, we decided to pick a spot on some boulders near a decent swimming hole.

We spent a full hour at the stream eating our lunch and recuperating for the uphill trek back to the Schofield-Waikane trail. The water was clear and cool, but we decided not to jump in. I snapped some shots with my camera and we headed back.

From start to finish, the trail took us around 6 hours to complete. It would've took us a little less time if we hadn't rested for so long at our lunch spot. I'm guessing we did about six miles total as well. Sometime in the future, I plan on exploring more upstream; the trail is in awesome shape. I wonder if I'll find a waterfall? I also wonder if the trail will hit the back walls of the Ko'olau Mountain Range. It's a beautiful lesser-known trail. Check it out if you have the time. 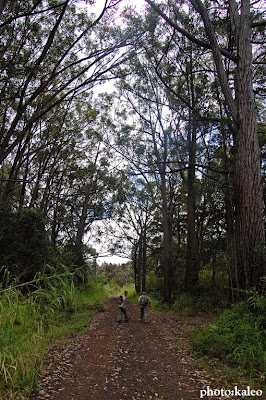 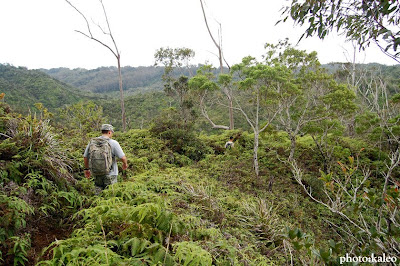 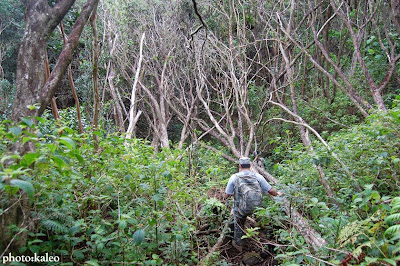 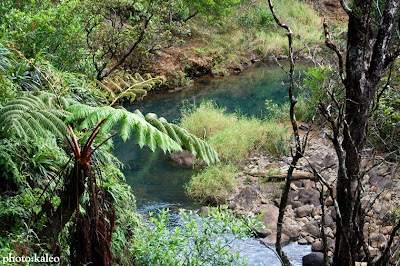 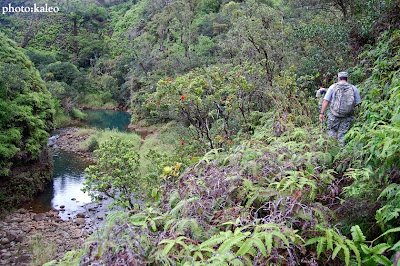 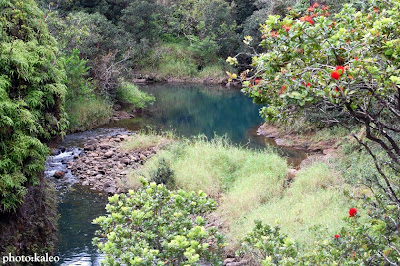 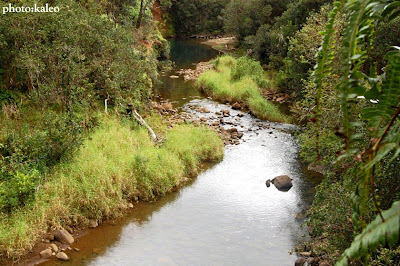 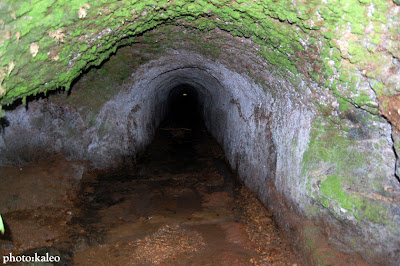 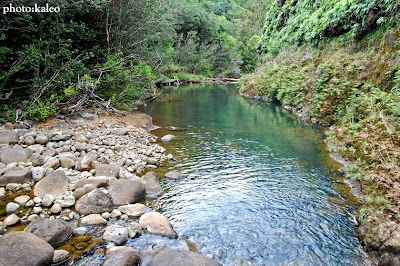 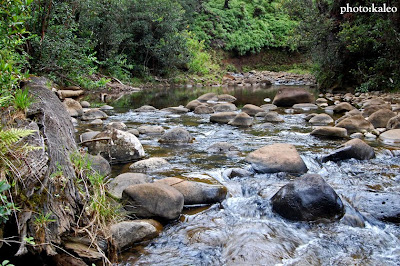 Sweet. I hiked Wahiawā Hills on Saturday, but I was surprised how much trash there was scattered around the trail. Did you run into any litter on your way to the stream?

saw some trash here and there; just a few plastic candy bags, but that was about it...

Hi, I was wondering where you saw the tunnels? I did the hike today but didn't see any tunnels. Amazing place though.

Keep this trail on the down low plz. Don't need any more people ruining such a pristine part of the island. I've yet to hike to the back of the stream but my guess is there must be some falls somewhere or a very big spring lol