Manana Ridge was in our sights for this day; however, when we all met at the top of Komo Mai Drive at the top Pacific Palisades, constant rains at the trailhead swayed us to find another trail. Usually, strong tradewinds and rainy weather in the Ko'olau's means clear and ideal weather for a hike in the Waianae Mountain Range. With that in mind, I suggested we hike the Waianae Kai Loop to an unnamed peak (aptly dubbed No Name Peak), an outing I had completed back in March 2009 with my good friend Chase; however, this time I wanted to hike to Pu'u Kawiwi, a prominent peak that sits just below the terminus of Kamaileunu Ridge.

The trail from No Name Peak to Kawiwi looks very dangerous, but it also looks very doable. Upon inspection this time around, ropes would definitley be needed, for I saw a section where the ridge seemed to drop suddenly near the bottom of the saddle in between No Name Peak and Kawiwi. The drop in the ridge looked much like the "notch" on Piliwale Ridge.

Those who joined me on today's hike were Ryan, Alison, Justin, Daniel, Christian, and Ian. We shunted off up the Board of Water Supply road around 9:30am. Light rains drizzled over us until we reached the valley trail. The thick Waianae Valley canopy allowed for some shelter from the rains. We reached a section of the hike where we had to steeply climb to a view point named Three Poles. This steep section is the most cardio-demanding of the hike.

Once at Three Poles, we rested for a good fifteen minutes while munching on beef jerky and oranges. Christian even brought some maki sushi! I joked that maybe next time someone should bring a steak.

After our needed rest, we pushed along a beautiful level section toward No Name Peak. To the left were sweeping views of Waianae Valley, Lualualei Valley, Nanakuli town, Waianae town, the ocean, and neighboring peaks along the Waianae Mountain Range (Ka'ala, Kalena, Hapapa, Kaua, and Palikea); to the right was lush Makaha Valley and jagged Kea'au Ridge. Our progress along the ridge eventually reached several rock formations. These rock formations look just like Tiki's. From these Tiki Rocks, a steep trail called Tiki Ridge descends back into Waianae Valley; this trail was the trail I wanted to descend to finish the hike, for I had not done it on the last outing with Chase.

Just past the Tiki Rocks is a fenceline that keeps boars out from either side of the valleys. At times, the fenceline sits directly on top of the narrowing ridge. A rope section is in place in a steep section along the ridge, and it is here where the rock is very crumbly and caution should be used.

We all finally reached the top of No Name Peak just at an elevation of 3,000 feet. The top of No Name Peak is broad and grassy. It's broad enough to even set up camp. After a short rest, we decided to see if there was a trail descending No Name Peak to Pu'u Kawiwi. After sliding on our butts through California grass, we came to the conclusion that the trail is too dangerous to attempt without the aid of ropes, so we turned around and headed to Tiki Ridge.

Tiki Ridge is trail pioneered by Steve Rohrmayr. I contacted him by email and he told me that he actually found the ridge by accident. It is now a ridge that he and his hiking collegues hike on a regular basis. Ropes are installed on certian sections, and the trail itself is in very good condition. The ridge eventually bottoms out in Waianae Valley. After crossing the stream a few times, we finally reached the Board of Water Supply road.

I'm definitely heading back to find a trail up to Kawiwi. Steve also told me that there is a trail that leads to an ironwood grove in between Kawiwi and No Name Peak. It is from that ridge that I think I will be able to reach the terminus of Kawiwi and it's narrow ridge sections. The total time for the hike was five-and-a-half hours. It's a shame we didn't make it to Kawiwi, but there's always next time. For now, check out some of the pictures my hiking buddies shot. And check out the insane video footage I shot with my new HD Hero GoPro Camera. 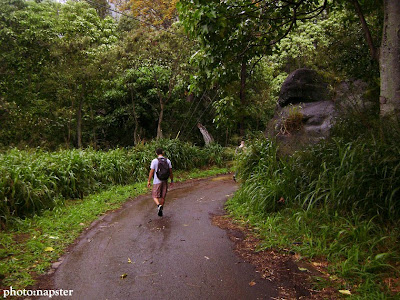 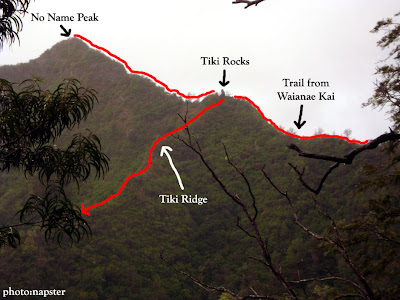 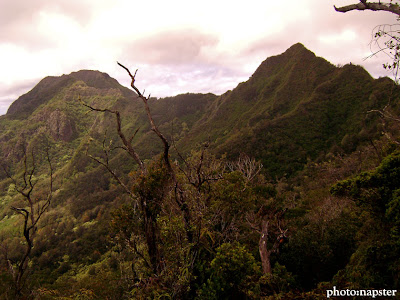 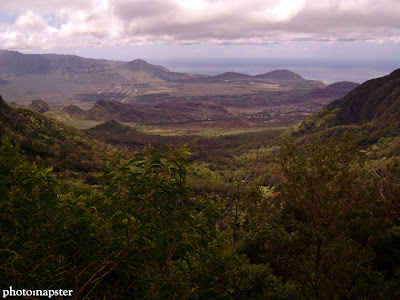 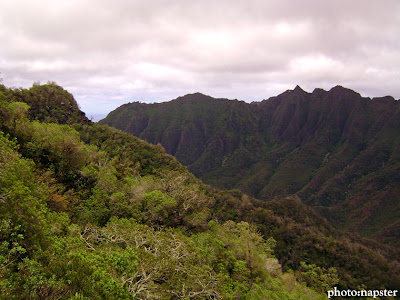 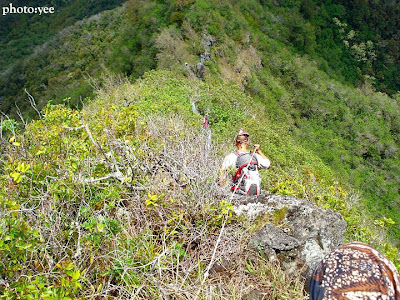 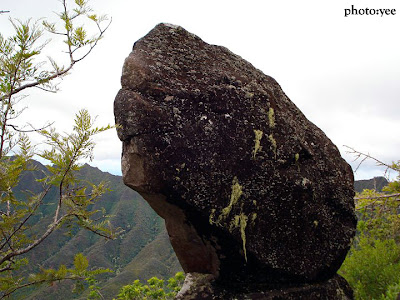 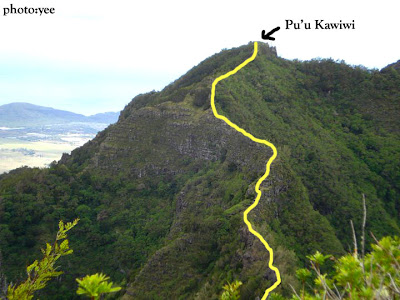 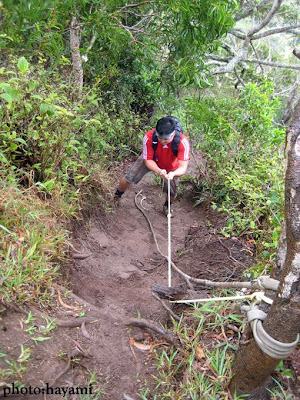 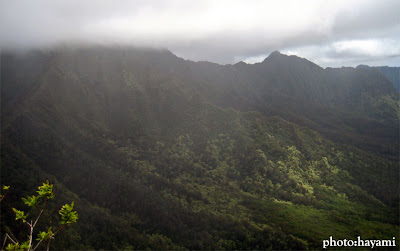 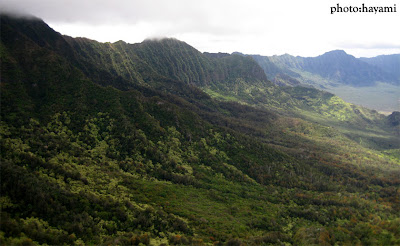 Sweet vid! Did you wear the GoPro helmet on your hike, or did you remove the cam and place it somewhere else?

the cam comes with a headstrap, kind of like a headlamp...

OK, that makes sense. You should create a mahiole cam for your next hike, though. That would be awesome.

Kawiwi ... can be reached from its base ... off the BWS road about half way up ... look for a fairly new orange ribbon .

you may want too bring some rope though !

we did it less than a month ago !

oh yeah a lot of the rocks are rotten

I did that trail last year and one of the guys rested his legs against a huge boulder that was on the edge of the cliff and the whole thing went tumbling down. Fortunately, he did not fall but the echos of rock going down the cliff sounded like drums.

Yo! I actually helped clear & build that fence when I worked with Army Natural Resources & we did camp in those small open spaces and had to use ropes to secure ourselves in while we built and pounded those posts by hand! I'd tell you where to find some native tree snails if you message me privately! I hope we can hike together someday soon!

anyone got a pic or photo of top of Kawiwi.. the plateau or refuge....

this was tight! wish it was a little safer to take my gf up with me. any other trails on the westcoast that aint to tough??