There are two ways to climb Mount Ka'ala, Oahu's tallest peak. One way is from the Dupont Trail that starts near Waialua High School on the North Shore; the other way is to ascend the Waianae-Kal'ala trail that starts in Waianae Valley on the west side. Dupont is longer; Waianae-Ka'ala is shorter. Both, however, involve steep climbs to reach the summit.

Joining me on Sunday's hike was Ali Hayami, Brian Bautista, Dean Seto, and Albert Carcueva. We met at the end of Waianae Valley Road. Proceeded past the locked gate onto the paved road. Reached the forest after about a mile. Not a lot wind initially, but it did pick up as the day went on.

At around 11am we reached the poles and turned right toward the Ka'ala summit. The views were outstanding all along the ridge. Looking up we could see that the summit was shrouded in clouds. Our view would be obscured as we climbed higher so I took advantage of as much photo opportunities as I could.

Half-way up the ridge are two steep boulder sections. Nothing impossible. Cables and ropes are there for assistance. After the boulders the remainder of the trail is steep with ropes laid out the whole way until the bog.

At the summit there's a boardwalk that passes through the Ka'ala bog. Because Ka'ala is broad and flat, the rainwater doesn't have much places to spill off, so a large bog exists that harbors many native plants and endangered Hawaiian snails. You can even catch a glimpse of a happy face spider.

Just beyond the bog is a large tracking station operated by the FAA. At the top, we bordered the fence, found a lunch spot, and tried to admire the view until thick clouds rolled in with rain. We headed back down the way we came and made it back to our cars at 2:30pm. 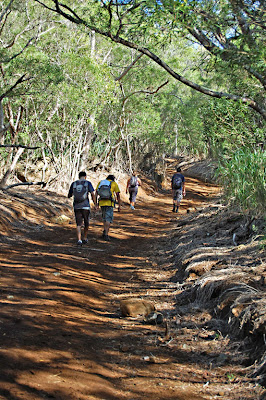 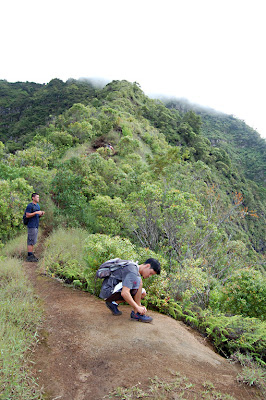 Getting ready to climb to the summit.  (photo: kaleo) 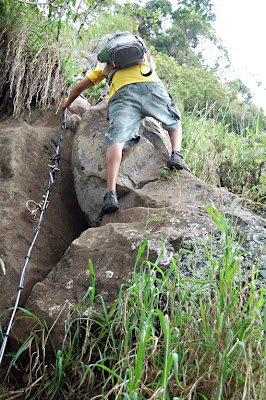 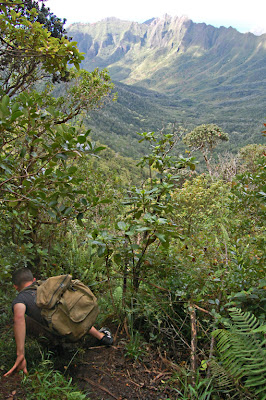 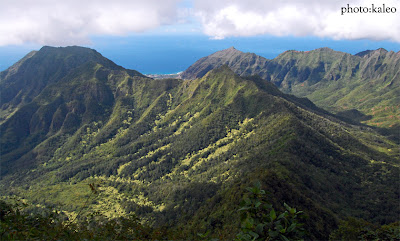 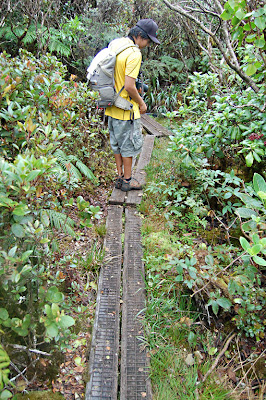 Boardwalk through the bog.  (photo: kaleo) 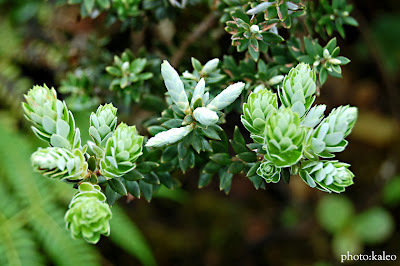 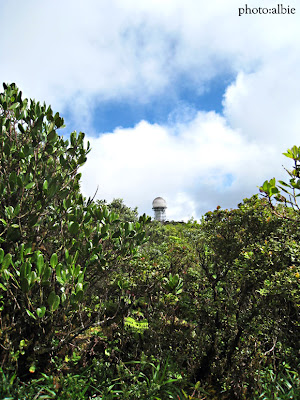 Almost there. (photo: A. Carcueva) 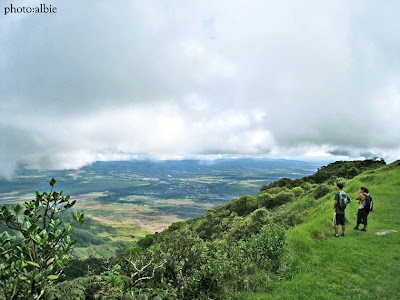 Dean and Ali checking out the view from the top of Ka'ala.  (photo: A. Carcueva) 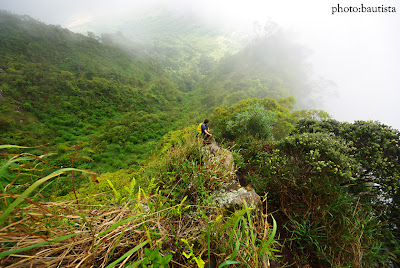 Heading back down.  (photo: B. Bautista) 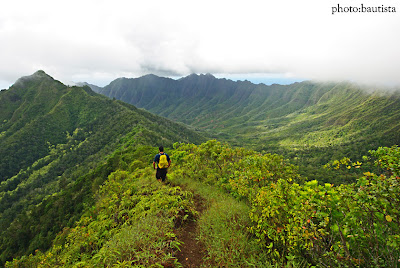 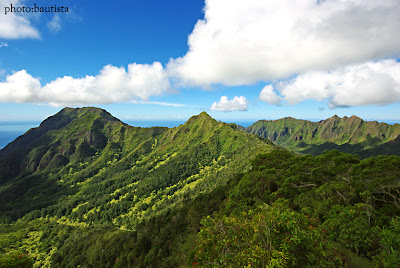 The photos are incredible. Looks like an amazing place. Would really like to visit Hawaii at some point.

There are actually 3 ways to get to Ka'ala. You can start at Kole Kole Pass and use the ridges to get to Mt. Kalena, from there you use the ridge that connects Kalena to Ka'ala. I know this because Ive done it, several times. Ive got a video on youtube if you want to check it out. Just search: "Conquering the Waianae Mountains: The High Road to Ka'ala"

nice vid. we actually did kaala to kalena on march 26th, 2011. I had a post on the blog but deleted it cause we got some heat from DLNR and the nature conservancy for hiking thru the bog and along the summit ridge onto federal property. the ropes you guys used at the boulder section was ours plus a couple more from 2 other treks, one b4 us and one after us. I'm thinking about reposting the write up, pics, and video b4 the year is up.

also, there are actually 5 ways to climb kaala: the dupont trail, the summit ridge from 3 corners, kalena to kaala (what you did), waianae-kaala, and our recent route up bolohead ridge. again, awesome video. it brought back alot of memories. aloha.