Last time I did Piliwale, I fell off.  The trail leading to the notch was overgrown then, and beyond the notch there were very little ropes affixed for assistance.  There were also a ton of bees that set up camp along the southeastern side of the ridge which weren't very happy of us being there.  To make a long story short, the bees attacked and won, forcing me to fall head first off the ridge, with a scar left on my head as a reminder to never do it again.  Yeah, well, actions speak louder than words.

Fast forward to 2011 and I found myself back on the ridge that almost took my life.  Only this time the trail and ridge was way different from how I remembered it.  The trail leading to the notch was pretty well paved, there's a contour section around a rock face just before the notch that I had no idea existed the last time I did it, and the ridge is littered with rope, some of which is not even needed, but that's besides the point.  The point is I finally got to complete it.  Joining me was Lei Yamasaki, Ryan Chang, and Daniel Napoleon.  Daniel was with me on the last attempt, and he, too, fell off, tweaking some back muscles and getting some awesome muscle relaxers as a plus.  But now, since completing Piliwale, I've come to realize that it really isn't that bad.  It just climbs, climbs, and climbs constantly to get the top of the highest peak in the Ko'olau mountain range, Konahuanui (K1).  Don't get me wrong, though.  Piliwale is not for beginners.  The ridge is narrow, crumbly, and very steep, with large drops on either side of the ridge.  One for the books, I must say.  Because we didn't only do Piliwale: we descended Lulumahu Ridge on the other side, too.  No bees this time either.  Hallelujah.

Lulumahu Ridge is a little-used ridge jutting south from Konahuanui (K1) to Nu'uanu Valley.  Near the summit of K1, the trail is very obvious, then disappears as the elevation decreases.  And when I mean "disappears", I mean that there is no trail at all until a large saddle in the ridge is reached.  The upper portions of Lulumahu Ridge are loaded with native Hawaiian plants that are only found on Oahu and nowhere else in the world.  Had we had known this before the hike, we wouldn't have descended it.

After the saddle, the trail was still partially overgrown but in way better shape.  We reached an old rope at a steep section (Dayle Turner?) that aided our descent to a spot on the ridge that indicated we were almost finished.  Following the ridge further, our hopes that it's direct route would eventually bottom out somewhere in Nu'uanau Valley was botched.  We encountered an insanely overgrown section where the ridge dropped off into oblivion.  Ryan was the guinea pig, tying a rope to a tree, and then jumped down into the "oblivion," only to disappear in the thick uluhe brush.  After a short scare, Ryan called out that he was okay, so we then backtracked, brainstorming other options as to how we were going to get down into Nu'uanu without another mishap.

Two ridge spurs to the west were obvious escape routes.  One was higher up, which meant we had to go back upridge to the steep rope section.  That option seemed pointless considering that we were at the apex of another side ridge that was broad but looked to be choked with vegetation.  We opted to descend it, with Daniel leading the way.  Lower and lower we went, eventually hitting a wide swath marked with pink ribbons.  It was the recent work of Josh Serrano, who has been clearing Lulumahu Ridge from the bottom-up.  Relieved, we pushed on, following Josh's ribbons all the way to Lulumanu Stream.  Exhausted and hot, we headed toward Lulumahu Falls to cool off.  After a quick rinse, we headed out the stream trail towards the Nu'uanu Reservoir and out onto the Pali Highway.  Waiting for us was Keahi Ka'a'awa with drinks and food.  It was an awesome day hike: all nine-and-a-half hours of it. 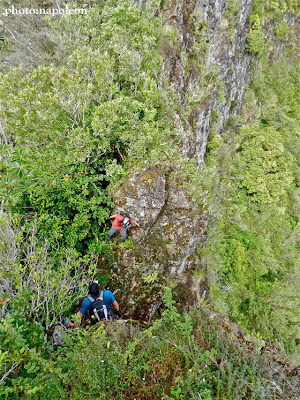 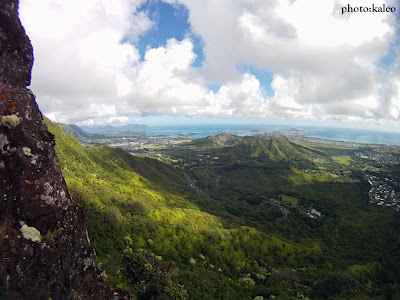 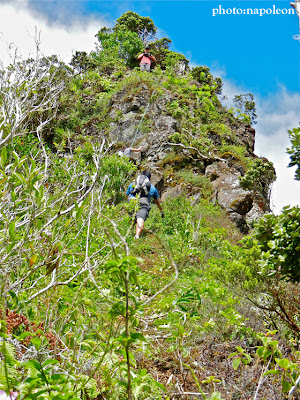 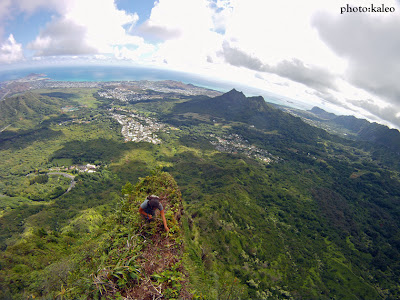 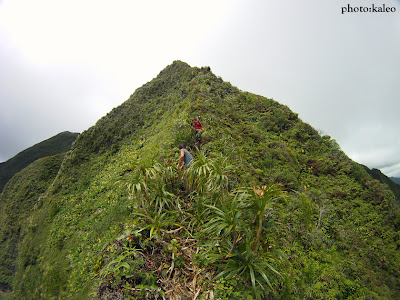 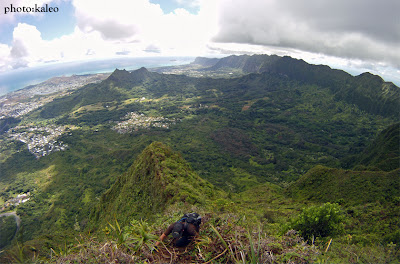 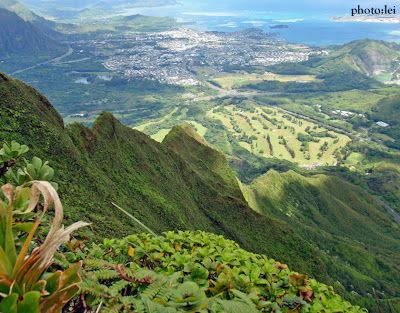 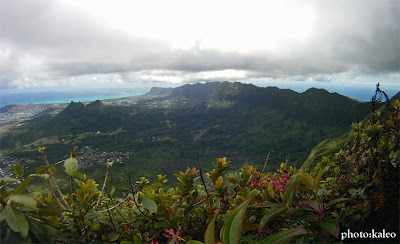 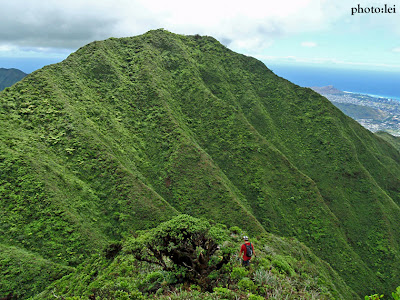 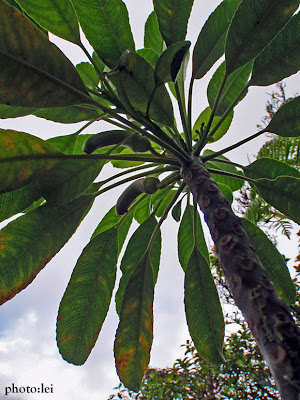 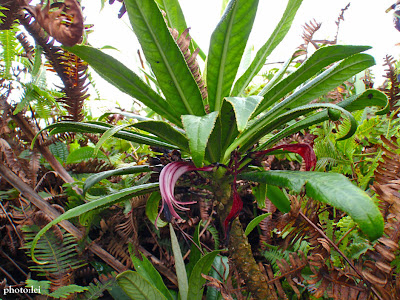 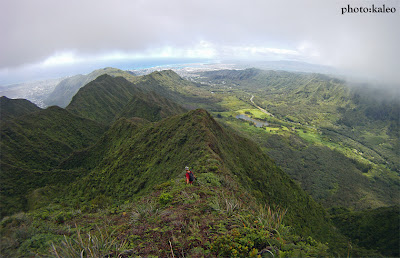 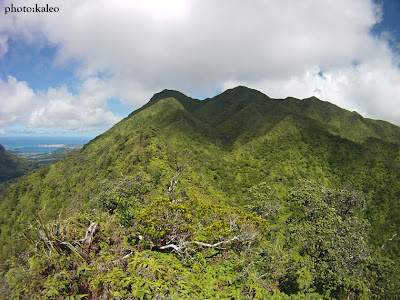 Looking back toward Konahuanui. 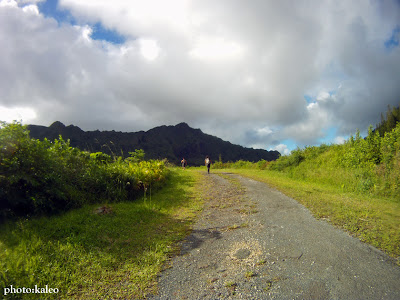 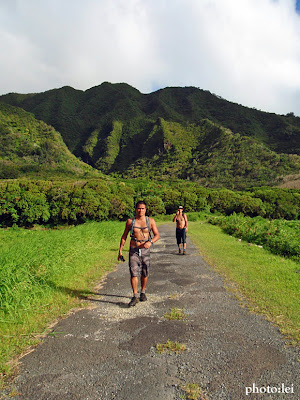