So why would we put ourselves through such torture in the near future?  Well, we won't be going up the ridge; instead we plan to come down it, which will be a hell of a lot easier, especially now that Pete and August left somewhat of a swath to follow -- more about how we'll come down it later.  Also, the payoff at the top of Waimalu Middle offers up what veteran hiker Wing Ng says is both "a mythically and mystical place."  That description in itself has had my curiosity salivating, and from the recent pictures I seen from Pete and August's successful ascent, I'd say it's definitely something to check out.

To get to the top of Waimalu Middle, we plan on hiking up the recently cleared Waiau Ridge trail that parallels Waimalu Middle to the northwest.  From the summit of Waiau, we'll turn south-southeast along the Ko'olau summit ridge, and descend into Waimalu Valley along Waimalu Middle Ridge.  Sounds easy, but Waiau and Waimalu are both long and ungraded ridge trails, one being cleared and the other not cleared at all.  Mix in the one-hour jaunt along the Ko'olau summit and you've got yourself an all day hike taking around twelve hours or so, give or take.

The approach to the base of Waimalu Middle Ridge from Onikiniki Street takes around two hours with a total of ten stream crossings.  Getting to the base Waimalu Middle initially follows the popular Waimalu Ditch Trail which is regularly used by hunters and hikers.  The first eight stream crossings are minor, with the ninth crossing being the trickiest: you climb a steep and rutted embankment to get to the tenth crossing.  From the tenth crossing are ribbons across the stream that mark the beginning of Waimalu Middle.  Ryan and I went up the ridge a bit to find the bottom portion recently cleared for about 100 yards; the clearing was done by Baron Yamamoto and Jeremy Kries.

After our successful scout of finding the the base of Waimalu Middle, Ryan and I then headed back for the two hour hike to the Onikiniki Place trailhead.  We couldn't wait to get on Waimalu Middle the following week. 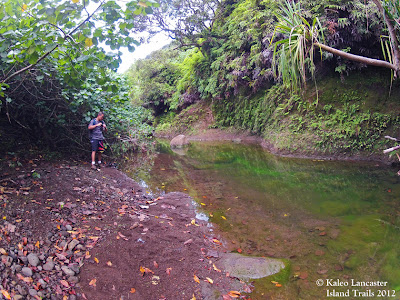 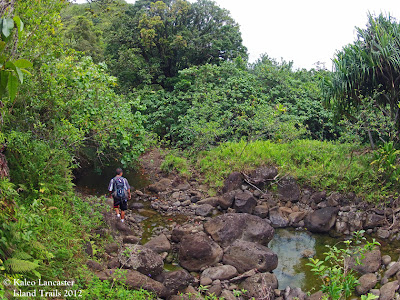 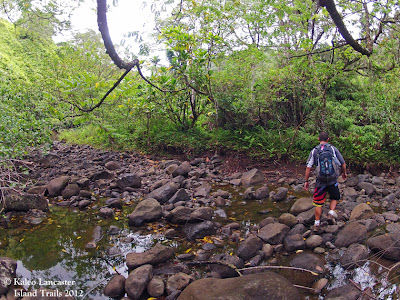 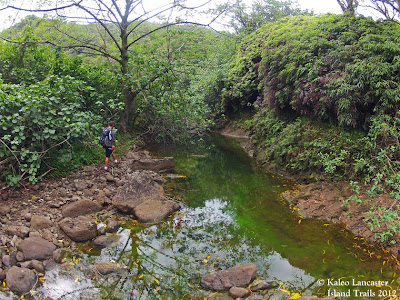 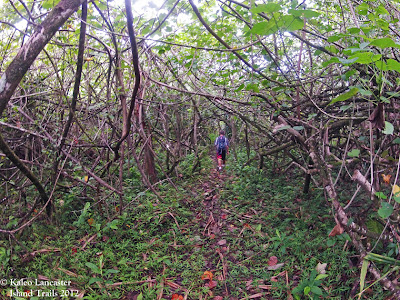 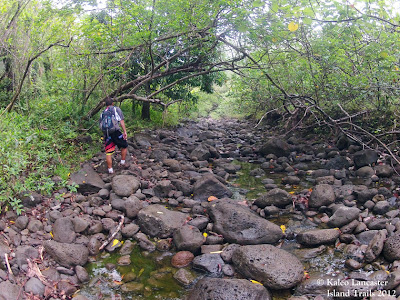 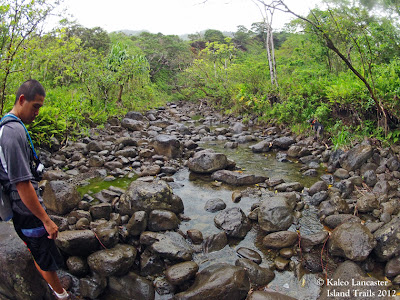 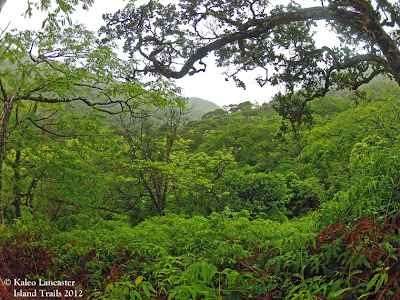 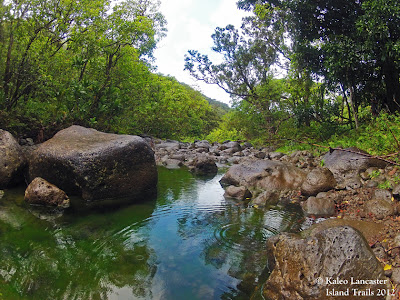 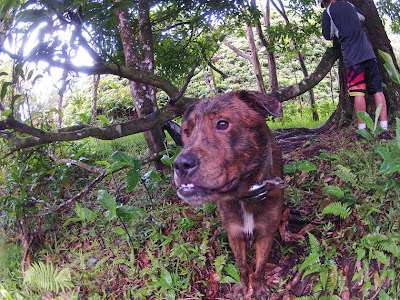 Lost hunting dog with an underbite.  She followed us out, by the way, and sat in the back of its owner's truck until he arrived back at the trailhead. 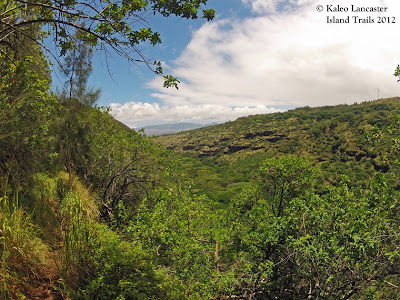 That looks amazing! Definitely worth the hike, I'm sure.