Trails don't get any more crowded than Likeke. In a span of two hours and forty five minutes, Kevin and I passed at least eighty people along the trail, including two groups on a guided tour hike. With that said, if you want to experience one of the most popular and easily accessible waterfall trails, do Likeke.

The start of the Likeke trail is located at the Pali Lookout in Nu'uanu Valley. Follow the paved road (Old Pali Road) until you reach the Pali Highway on your left. Go under the highway. There is a wooden ladder to aid the small drop to get under the highway. Reconnect to a paved road. Walk a little ways until you reach a three-way junction in the road. At this point do not take any of the roads. Instead, find a trail to your left. A good landmark is a low concrete slab; the trail is to the right of it. the trail then climbs gradually on several switchbacks and reaches another junction on top of a ridge. Go straight across the ridge and descend gradually into a small gulch. From there follow the well-trodden trail until you reach another junction. Take the left junction. Soon you will end up at Likeke Falls. The trail continues on for quite a ways along the Ko'olau foothills. It's even possible to reach the Wilson tunnels of Likelike Highway. that trail is easy to follow but less used than the route to the waterfall.

Kevin and I went about two miles past the waterfall, meandering in and out of small gulches, with the the trail becoming more and more vegetated with each gulch passing, but the trail was still very easy to follow. All-in-all, Likeke is a great family hike, and it's a nice little workout. You'll definitely work up a sweat on the way back to the Pali Lookout. 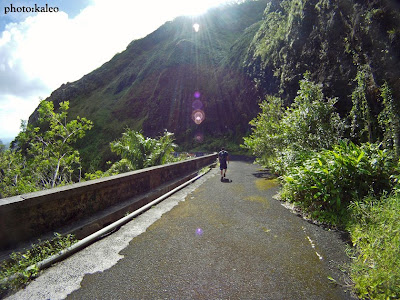 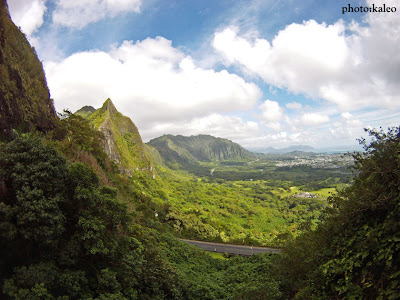 View along the road. 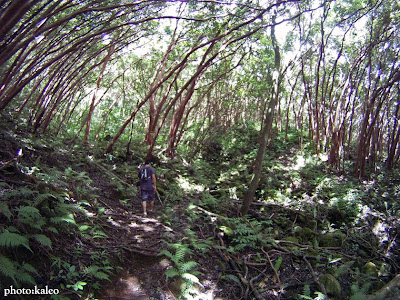 Hiking the trail well past the waterfall. 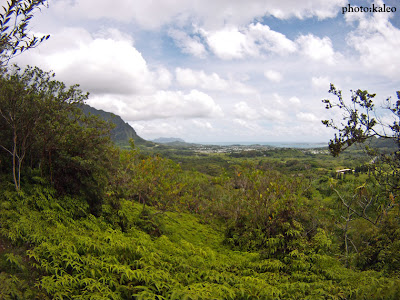 View along the trail past the waterfall. 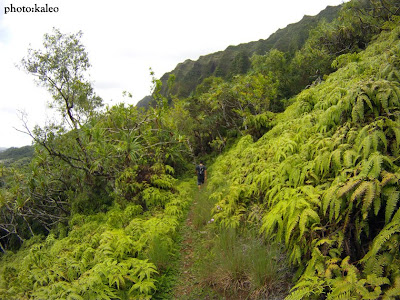 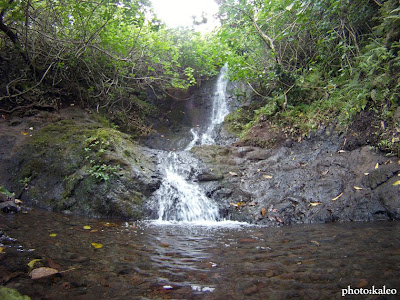 the last time i went on this hike (within the last month) i saw a young couple getting it on!!! gross. especially because lots of people hike this trail with their children!