The northeastern side of Oahu is my favorite area to hike. The valleys are vast, the gulches are filled with rainwater, and the ridges are towering and beautiful. It also serves as a pleasant change from the hustle-and-bustle of Honolulu where many of the popular ridge hikes on the island exist. Aside from a few popular trails on the northeast side -- Sacred Falls, Pu'u Manamana, Laie Falls, Hau'ula Loop Trail -- there are plenty of trail options that receive very little hiker traffic.

Feeling the exploratory bug, Lei, Mark, and I headed to Hau'ula to see if we could find a trail to Kaipapa'u Ridge. I had heard of connecting Kaipapa'u to Koloa Ridge to the northwest, so after very little research, we decided to start in the same place everyone starts to get to Koloa Gulch's waterfall.

After about a half hour of searching for a discernible trail to Kaipapa'u, we turned around and decided to go up Koloa Ridge and see what we could find from there instead. I had explored Koloa Ridge before on a solo outing that included horrible weather. During that hike I had intended to find the connector to Kaipapa'u but failed due to the bad weather and missing a junction that contoured along the left side of the ridge; I followed the ridge crest instead and hit a dead end. Our recent outing along Koloa was beautiful compared to the last time I did it, and this time we found the correct trail that headed into Kokololio Gulch, climbed steeply to Kokololio Ridge, and followed an overgrown connector trail to Kaipapa'u.

After crossing the stream in Kokololio Gulch, we headed up a steep trail to gain the crest of Kokololio Ridge. The ascent was very tiring, but we eventually made it to the top of the ridge crest and turned right. To the left was a makai (seaward) route that descended Kokololio Ridge and headed back to where we started at the beginning of Koloa.

Heading mauka (mountain-ward), the trail became more an more vegetated but still noticeable. Fifteen minutes had lapsed and the trail suddenly seemed to disappear at a point where the ridge saddled and connected to Kaipapa'u Ridge. We negotiated a short, steep section to get to the saddle. It was here that could see deep into the back of Kaipapa'u gulch. A short climb out of the saddle and the trail became more distinct. Finally, we had made it to Kaipapa'u ridge.

The view along the ridge was superb, and the tradewind breeze was very cool. A little ways down the ridge we rain into two hiking dogs, a white pitbull, and a poi dog, both females, donned with tracking collars around their necks. The dogs were headed upridge, but as soon as they saw us, they followed. We gave them some water and proceeded downridge.

The trail along the ridge would disappear and reappear without warning, making for a slow and difficult progress, at times through heavy vegetation. I also thought that as we advanced further downridge that the trail would open up, but it didn't, so we were forced to decide our track by scouting out an imaginary route below.

Below on the right, at the entrance of Kaipapa'u Gulch, we could hear the yells of a hunter trying to locate his dogs. Sure enough, the dogs that were with us were his, and they blazed a trail down a steep spur ridge to meet back up with their owner. It was at this point where we had to descend into a ravine and climb back out of it to continue along the ridge. After doing so, we encountered a well-defined path that eventually led to one bunker and then another. The bunkers were plastered with random messages, some profane, and some just plain hilarious. The first bunker even had a sleeping bag inside.

At the second bunker was a great view of Laie town to the left and Hau'ula town to the right, and the Pacific Ocean straight ahead. After a brief rest, we continued down a trail on the Laie side of the bunker that led to a horse ranch. The trail then turned into a dirt road, and we found ourselves jumping over a gate onto Kamehameha Highway. The walk back to our car was only about a half mile.

So another trail conquered, and one that I have been wanting to do for quite some time. There were many junctions that we passed that have to be explored on other outings, but I'm glad I finally completed this particular loop. Total time on the trail was about five hours, and I estimate it to be a little over five miles. It's a great workout, and a beautiful trail. Give it a try if you get the chance. Just don't get lost. 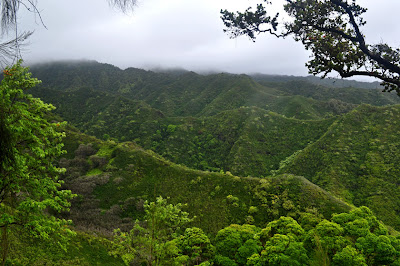 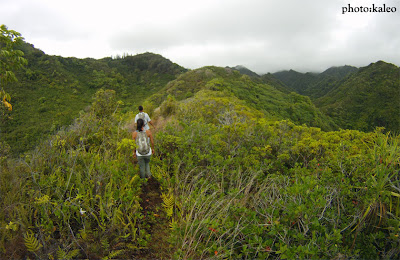 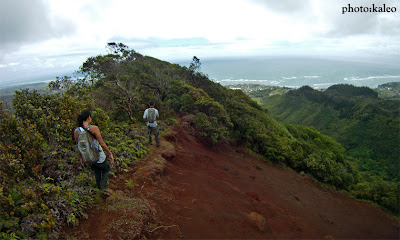 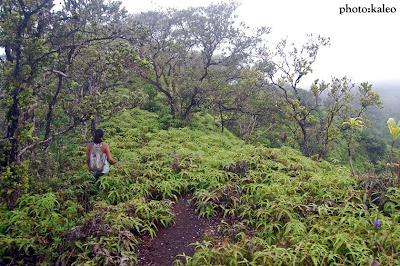 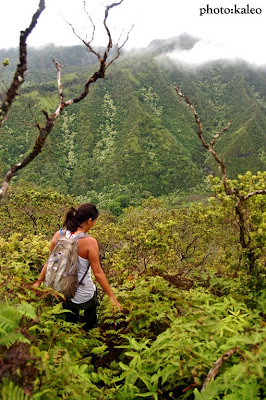 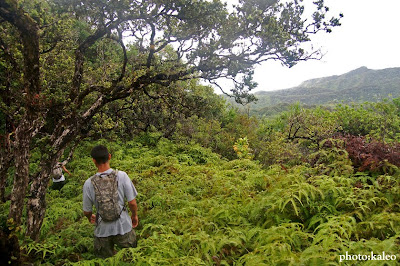 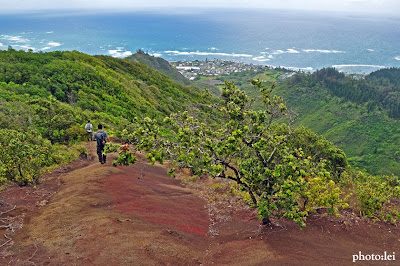 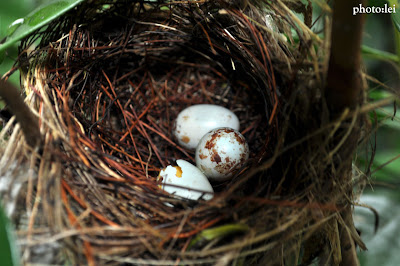 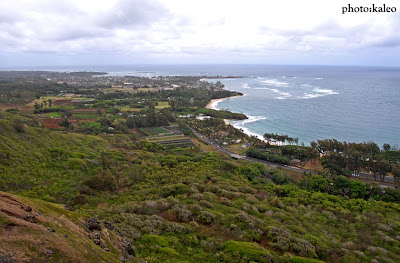 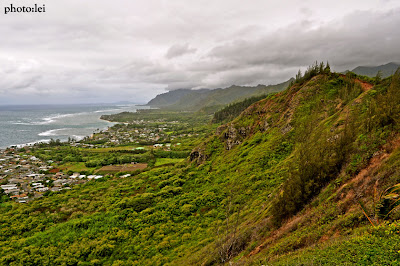 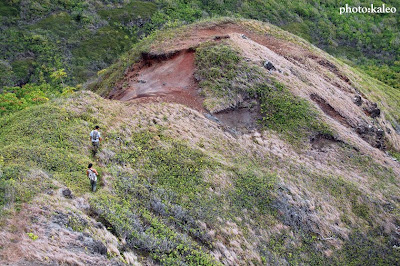 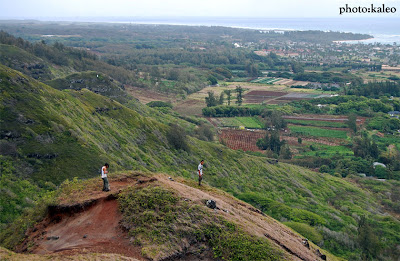 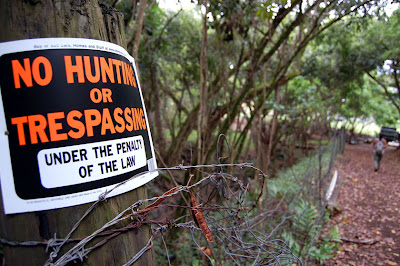 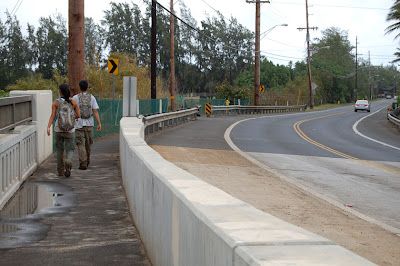