Halawa Ridge was scratched out of our schedule this Sunday because of a bar escapade the night before, so another hike had to suffice. Daniel and I got to a late 1:50pm start yesterday to hike the Makiki-Tantalus loop. We parked our car just outside of the Makiki Forest Recreation Area just in case we didn't get out by sunset because signs stated that the gate would close at sunset.

The trails making up Makiki Valley and Tantalus is like a hiking park. There is a bathroom, water hoses, water fountains, information about the area and the trails, and even trail maps. Plus, it was loaded with people, young and old. The area kind of reminds me of a ski/snowboard resort, where everyone is suiting up and getting ready to snowboard and ski. It was insane. Never seen anything like it before.

According to Stuart Ball's hiking guide, the Makiki-Tantalus loop is an 8-mile circuit, connecting eight different trails. Getting lost is very easy without the book. Even with the signed junctions, Daniel and I got lost about four times, questioning our progress. We missed a critical junction in the very beginning that took us up a trail that we were supposed to use as the return route to make the hike a loop. We were so frustrated that we actually thought about just finding our way back to our car and calling it a day. But we managed to get to the correct junctions after about an hour-and-a-half on the trail, so everything eventually turned out fine.

The loop is insane in terms of complexity. Here's the junctions I remember: Kanealole Trail to Makiki Valley Trail, Makiki Valley Trail to Nahuina Trail, cross Tantalus Drive to Kalawahine Trail, Kalawahine Trail to sharp right on Manoa Cliffs Trail, right junction at Pauoa Flats Trail to continue Manoa Cliffs Trail, cross Round Top Drive to Moleka Trail, turn right where Moleka Trail ends, turn left onto Maunalaha Trail and head back to the bathroom. There is a longer variation where one can ignore the Manoa Cliffs Trail junction and head straight on the Kalawahine Trail to the Pauoa Flats Trail to the Nu'uanu Valley Overlook, but since I've been there twice already, I decided that shortening the loop was a better option because the sun was about to set.

The loop is a mean workout, especially the way we did it. It took us a little over four hours to complete. It is kind of boring, and there aren't many views along the way. The only section that I thought was really nice was the last portion of the Manoa Cliffs Trail. From Manoa Cliffs are nice views deep into Manoa Valley, with Konahuanui and Mount Olympus towering over the entire landscape. Even Manoa Falls could be seen. I would do the loop again, mainly for the workout, but there really is nothing spectacular about it. There's just lots of people, lots of noises from the roads and houses surrounding the area, and not much views. 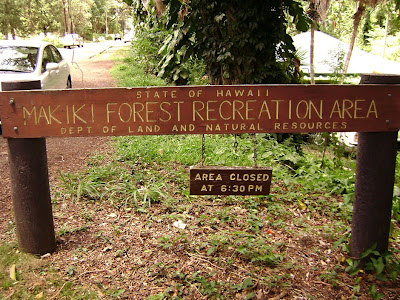 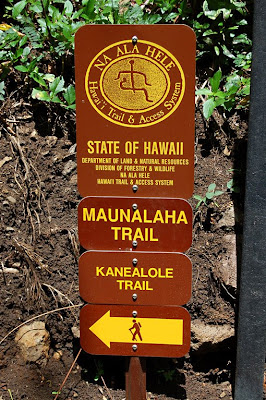 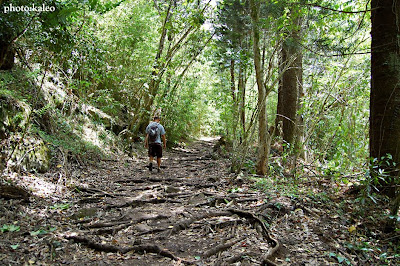 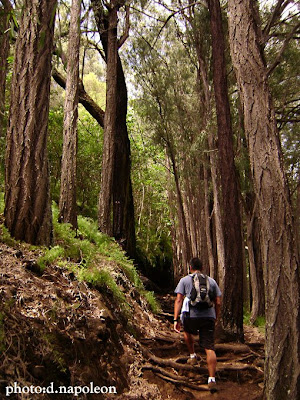 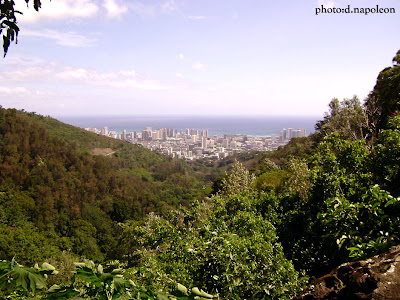 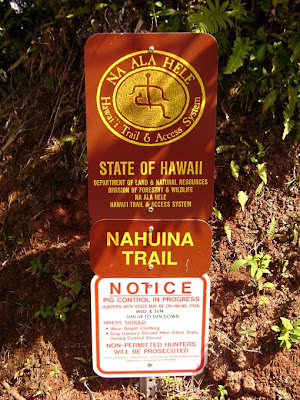 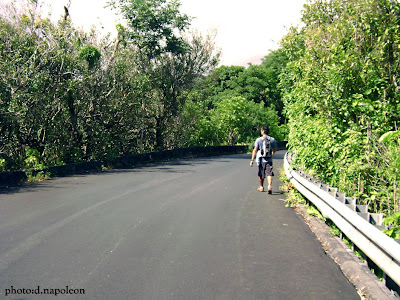 Walking from on Tantalus Drive from the Nahuina Trail to the Kalawahine Trail. (photo: D. Napoleon) 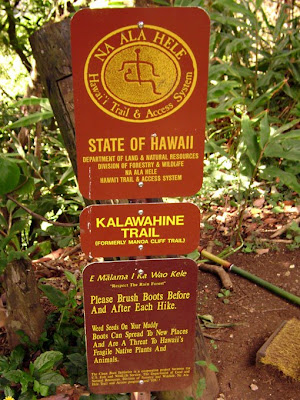 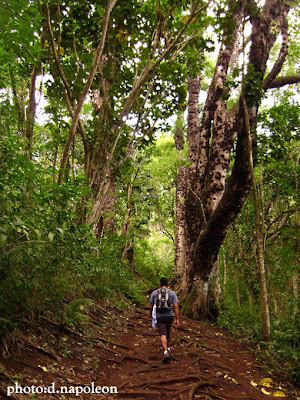 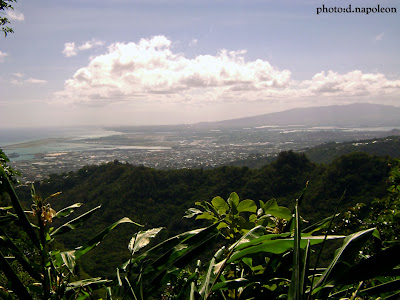 The view to the west on the Kalawahine Trail. (photo: D. Napoleon) 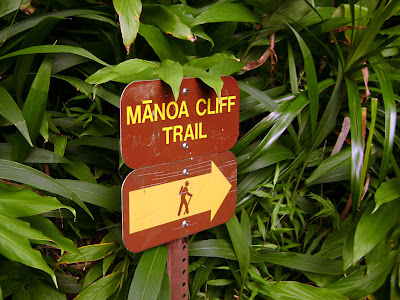 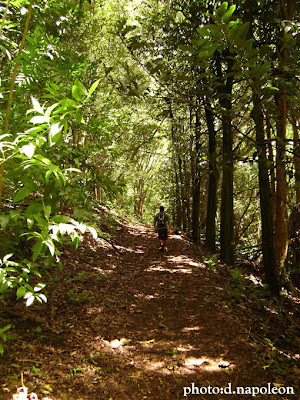 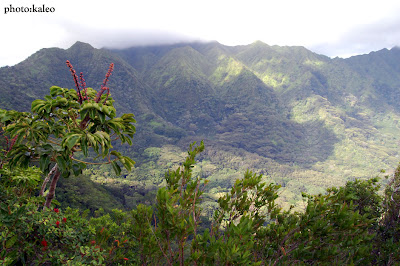 a few of my favorite hikes (in no particular order) would have to be: