Two days ago I gathered up the courage to tackle what I remember was a beast of a hike the last time I did it. For some reason, though, Makapu'u Ridge wasn't all that strenuous this time around. Maybe it was because we were in the clouds for the majority of the hike, a rare occasion for Makapu'u Tom Tom.

Chase, Lei, and Daniel joined me for the walk from the Makapu'u lookout to Waimanalo town. One car was parked at the lookout, and one car was parked at the intersection of Huli and Niniki Street in Waimanalo. The hike is four miles one-way. There's no way I was going to do what I did last time with Basil: we walked to the ironwoods before the summit ridge swung left and returned the same way we hiked in.

Chase, Lei, and Daniel didn't get to see the full danger that exists on this hike. The massive drops just before the ironwood grove were masked by the thick, misty clouds we were trekking in. But my curiousity aimed towards the steep Tom Tom trail that descends into Waimanalo, for I've heard that there are some crazy sections.

Because of the cloud cover, it was hard to see the inherent danger that existed along the Tom Tom trail. Plus, I didn't really care at that point because we all just wanted to get off the mountain sooner than not. Suprisingly, The Tom Tom trail has a few big climbs. Several powerline poles are passed, and then the real descent begins past a pole that is sprayed with graffiti. In general, the Tom Tom trail descent is not as bad as I thought. I've been on steeper: Wailupe, Waianae Kai, Kalauao. Daniel agreed that we would have to do the hike again because the view along the Tom Tom didn't happen on this day. The pictures and video didn't come out to our liking because of the cloud cover. I did get good pictures the last time I did it. You can check it out by clicking here. 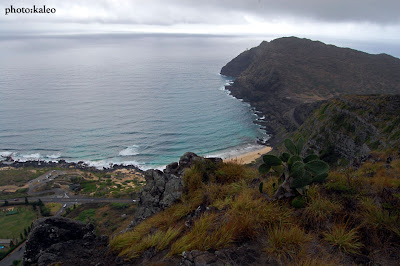 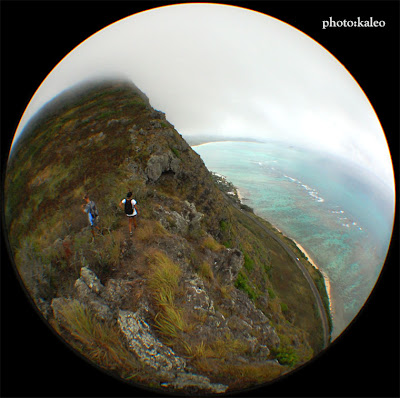 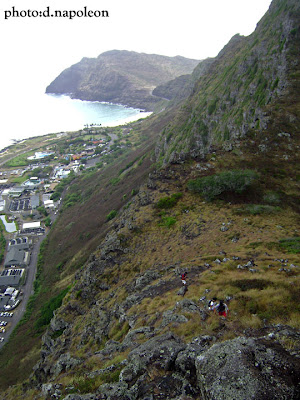 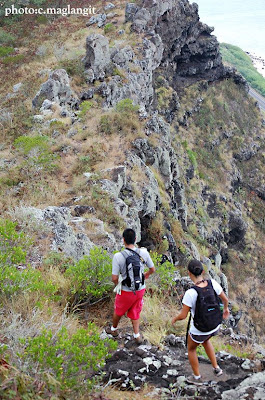 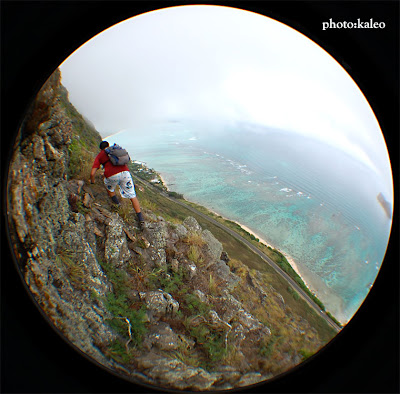 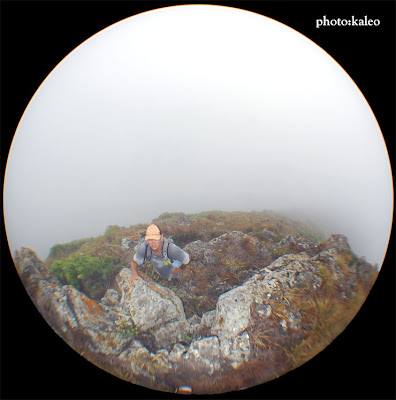 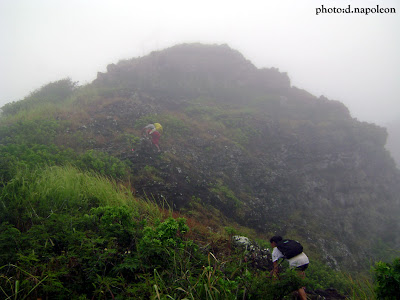 eh! what happened to the no picture rule??? nah...haha! thanks again for letting me tag along with you guys! oh and can you send me that fisheye lens shot? i need to be reminded how close i was to death. hehe. =)

yup this was a monster of a hike... we did this hike yesterday